More than 1400 kg of garbage collected at Larnaca beaches 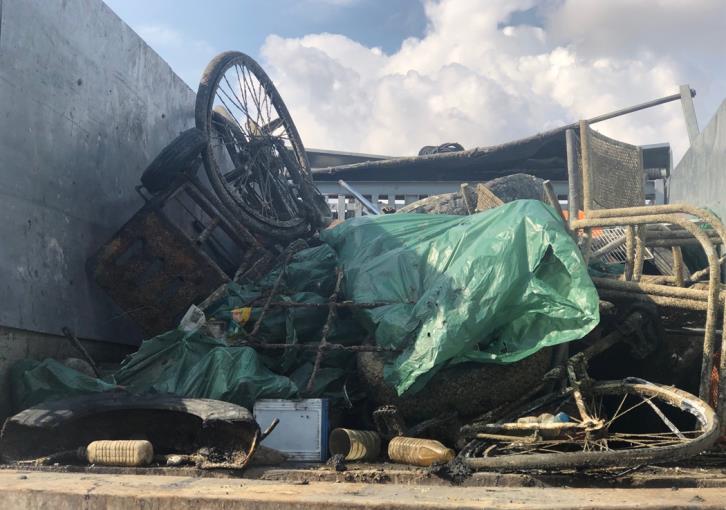 During the cleaning campaign of the beach and sea at the areas of Psarolimano and Makenzi, in Larnaca, 1470 kg of garbage were collected including bicycles, car tires and metal chairs.

The campaign entitled “Combat plastic pollution of the Mediterranean Sea,” was organized by the Cyprus Sustainable Tourism Initiative (CSTI), in cooperation with the Larnaca Municipality and the Larnaca Tourism Development and Promotion Company, within the framework of the program BeMed ‘Plastic Free Entertainment Cruises and Water Sports Activities.”

The campaign consisting of 60 volunteers began this morning and was concluded three hours later.

In a statement, the Deputy Mayor of Larnaca called on the people to stop littering the beaches and sea.

Asked to comment on the fact that the garbage was collected during a period when there are no tourists due to the pandemic he said that the only users of the beaches are the locals and added that it is a shame that we collected so much rubbish.

By gavriella
Previous article
Spokesman: We will attend informal five-party conference on Cyprus
Next article
Archbishop of Albania tests positive to COVID, is transferred to Athens