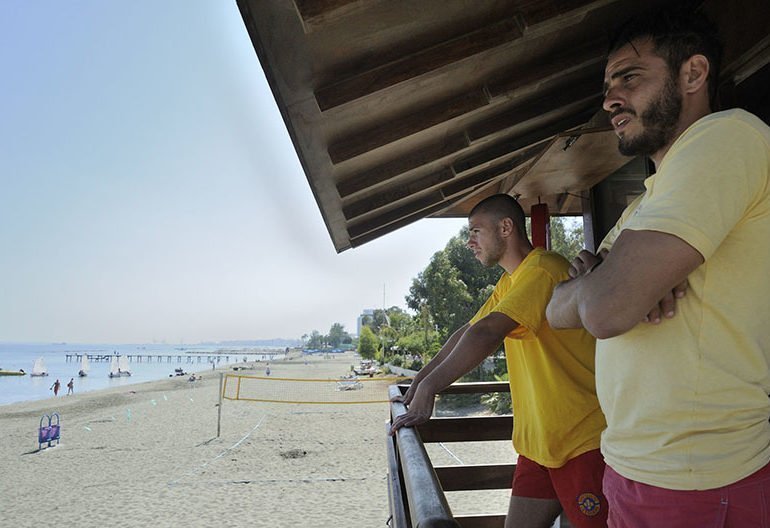 Cabinet on Wednesday approved the employment of 164 lifeguards to improve safety measures on beaches.

According to deputy government spokesperson Klelia Vassiliou, the decision to meet an increased need for the services of lifeguards, “following the increase in tourism revenue, ascertained by the Statistical Service, and the improvement in the seasonality of the tourist product”.

Toward that end, cabinet approved the employment of 164 people for 11 months.

The move comes after numerous calls by organised lifeguards on the urgent need to hire more people so that more beaches can be monitored and to expand working hours, as several drownings occurred last year early in the morning or late in the afternoon, when lifeguards were off duty.

The head of the lifeguard federation, Polys Pallikaros welcomed the move, but said that a lot still needs to be done. He said that the bill regulating the profession of lifeguards must be voted by parliament, instead of each time cabinet having to approve hiring more people.

MPs heard last March that according to a report prepared by the interior ministry, Cypriot beaches needed an estimated 300 lifeguards on duty. Last year, there were only 140.

Discussion of a bill prepared by Disy MP Kyriacos Hadjiyiannis aiming to recognise and regulate the lifeguard profession is pending at the House interior committee.

There are also no criteria in place relating to where lifeguards should be stationed or what gear they should use.

Hadjiyiannis’ bill also aims to regulate the operation of lifeguard academies and additionally oblige local authorities to draft an operational plan for each beach, in line with best international practices.

Last year, lifeguards threatened to go on strike unless the government responded to their demands for more staff, working conditions, and improvements to outdated equipment. They claimed they were short-staffed and had to work 60-hour weeks.