MoJ: ‘Child sexual abuse a priority for the ministry’ 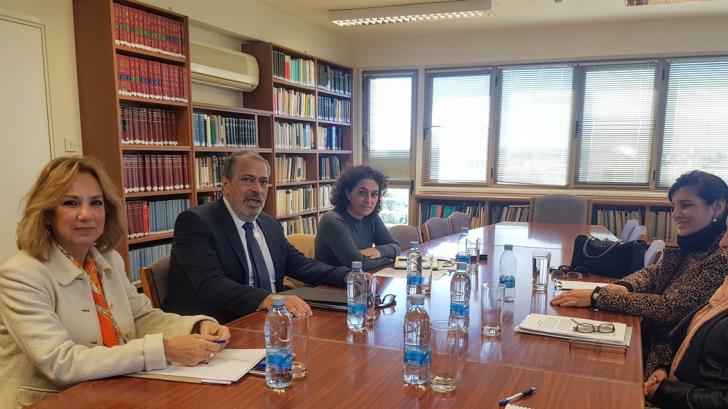 Minister of Justice George Savvides said that the sexual abuse and exploitation of children is a priority for his ministry in a meeting held yesterday with Anastasia Papadopoulou, President of “Foni” (Voice) council that is responsible for the implementation of the national strategy for combating sexual crimes against children.

Savvides said that a special team of investigators has been put together by the Cyprus Police for the exclusive purpose of looking into complaints of this nature.

The minister assured Papadopoulou that he will continue to support Foni Council — where MoJ participates with a representative — and has approved of the initiatives that Papadopoulou recommended be incorporated in the Council’s strategy for the next three years.

Papadopoulou said that the MoJ and the Police are important partners to Foni in the conducting of its work.

Some of the initiatives approved at the meeting are:

-The stepping up of the training of members of the police working in competent departments, like the Domestic Violence and Child Abuse Office and Missing Persons Office, the Office for Combating Cybercrime and local police