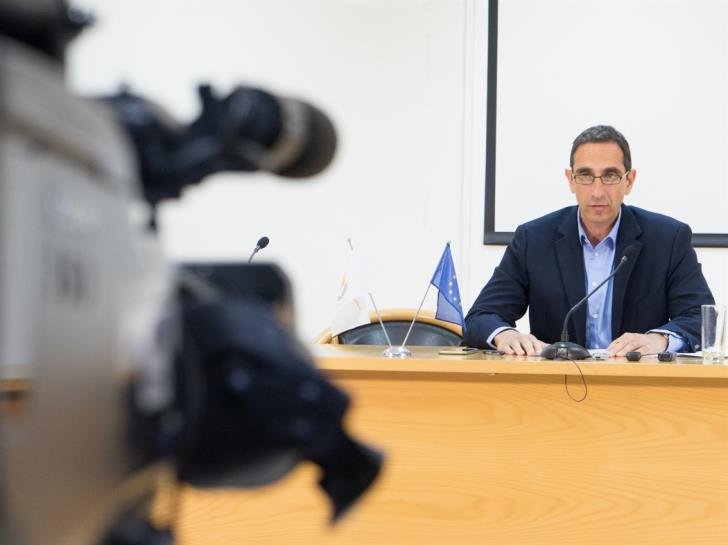 The Minister of Health Constantinos Ioannou will raise the issue of shortages in medical supplies at a special meeting of the 27 EU Health Ministers to be held in Brussels on Friday, philenews reports.

The primary topics of discussion at the Health Ministers’ meeting will be the management of the crisis brought about by the spike in coronavirus incidents across the continent, the stepping up of monitoring and the efficient coordination among member states.

The ministers will review the protocols adopted by EU countries as per the instructions of the WHO and the ECDC and will examine all the facts to date on the virus on the basis of decisions taken at the first special meeting of health ministers on February 13.

Meanwhile, Reuters reports concerns in Brussels over delays in the delivery of medicines and face masks from Asia because of coronavirus-related setbacks, adding to existing severe shortages of supplies in the EU.

A senior official from the European Commission said that the issue is being discussed in EU cycles as France worries about its over-dependence on China that supplies over 40% of its medicine ingredients.

“Many active pharmaceutical ingredients are produced in China and the virus outbreak is affecting the manufacturing capacity and stability of the supply of these ingredients. This could potentially lead to shortages of medicines worldwide,” the European Medicines Agency said.

The European Commission said that the bloc is not currently experiencing any shortages due to the virus, but any further setbacks to supplies caused by the outbreak could exacerbate existing shortages.

Jan De Belie, an official of the Pharmaceutical Group of the European Union (PGEU) said that “Europe could face supply problems from northern Italy, a region where many drug producers operate and which has suffered the worst outbreak of the new coronavirus outside Asia.”

Meanwhile, a survey conducted in late 2019 revealed that 24 EU countries faced medicine shortages and that none of the surveyed countries had enough respiratory drugs in stock.

The continent is also reportedly running low on face masks and other protective essentials due to increased demand, especially in Italy, that the Commission is attempting to tackle by a 20-state procurement process launched last week. However, officials said that even if supplies are secured, they will not be delivered until April as there is a shortage in the market for such products, making it challenging to meet the rising needs of member states.