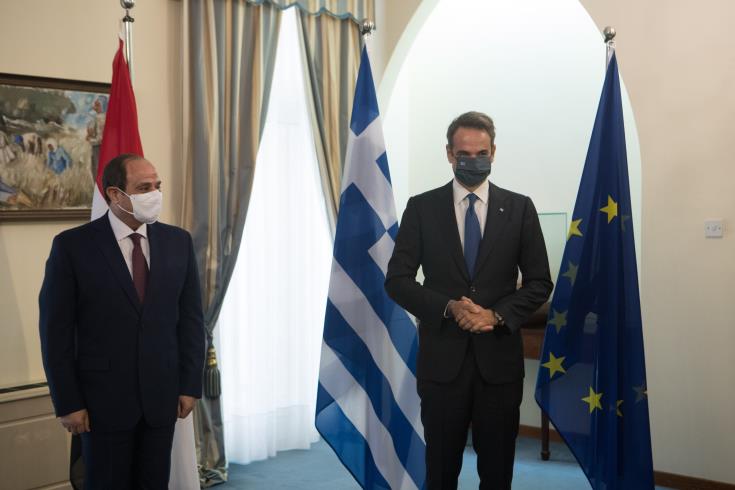 Greek Prime Minister Kyriakos Mitsotakis has said that demarcation agreement between Greece and Egypt was a guide on how other issues in the Eastern Mediterranean can be resolved. The Greek Premier was speaking at beginning of his bilateral meeting with the President of Egypt Abdel Fattah al-Sisi, which took place in Nicosia today in the framework of the 8th Tripartite Summit between Cyprus, Egypt and Greece.

Mitsotakis stressed the importance of the signing of the agreement for which both leaders have worked.