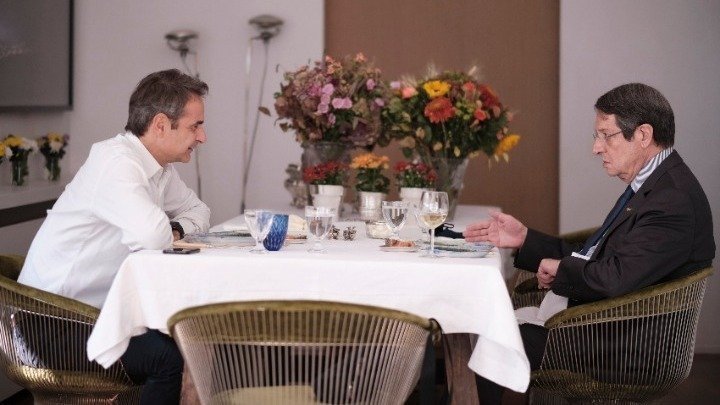 According to government sources, during the lunch they discussed Turkey’s provocative actions and the coordination of actions between Greece and Cyprus. They also examined the prospects for the resolution of Cyprus’ issue after the general elections and the new leadership in the Turkish-Cypriot community.

Read More: Cyprus President to be honoured by Athens Municipality

By gavriella
Previous article
Dendias-Lavrov: Greece has right to extend its territorial waters to 12 n.m.
Next article
Finance Minister: No lockdown forseen in 2021 state budget