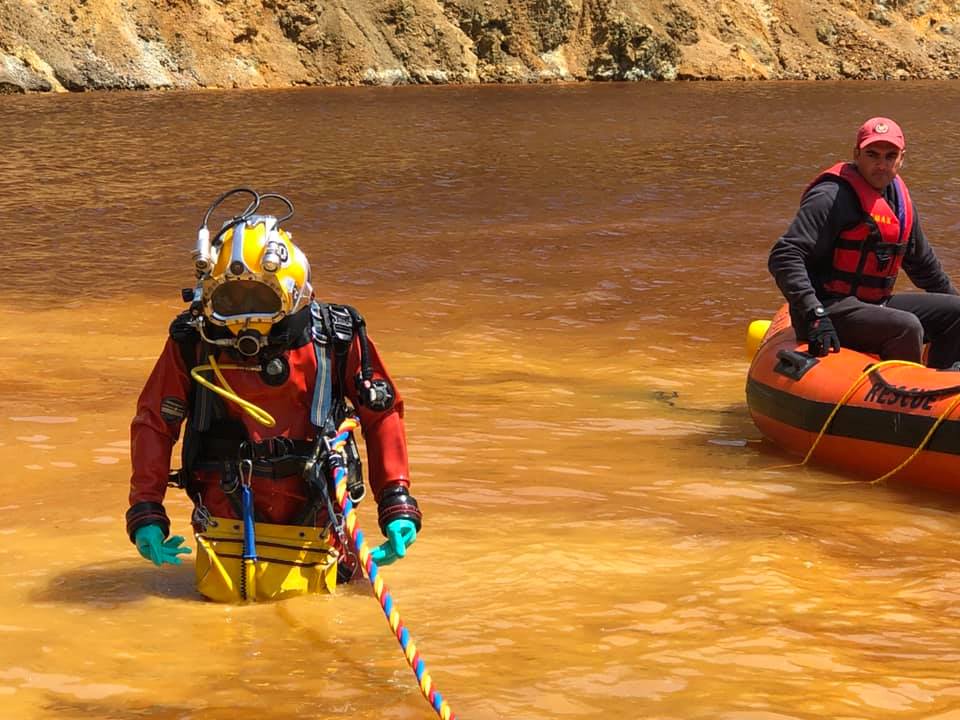 So far two bodies have been found in suitcases at the Red Lake and search parties have been looking for a third victim of the self-confessed serial killer known as ‘Orestis’.

He told police he threw three of his seven victims in the toxic lake, after first putting them in suitcases with cement blocks. During extensive searches in the past weeks, search parties found one cement block in a suitcase containing the first victim and a second one near where the second suitcase was later found. Last week they found another cement block tied to a piece of rope, but not the third suitcase.

Speaking to state radio on Saturday morning, fire chief Markos Trangolas said that if the current search plan fails, they are drawing up a new plan to locate the third suitcase believe to contain the body of Maricar Valdez Arquiola from the Philippines. He said that the plan does not include a radar or any other technology, it’s a new method altogether.