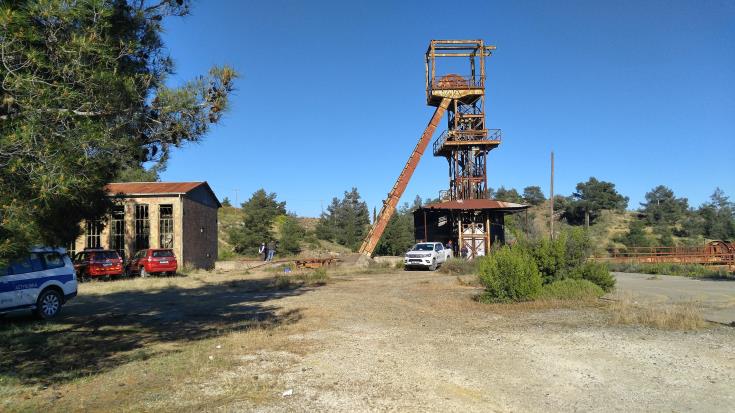 The fire services have temporarily suspended a search in an abandoned mine shaft where the bodies of two women were found as they look to resolve safety issues.

But a search at a Xyliatou lake for the missing six year old daughter of one of the victims is set to continue.

Police said that the autopsy carried out yesterday had not given answers as to cause of death and that this will resume today with the participation of other experts.

Fire services chief Markos Trangolas told reporters late on Monday afternoon that fire services were pausing a search at the mine shaft for safety reasons. He said there were indications that the beams were at risk of collapsing and experts would be brought in to see how they can be supported so that the search will resume. It will be up to the experts to decide when it is safe to do so.

“The centre of the shaft remains to be searched. Because there is an issue of safety we will see with the experts tomorrow how to secure the area… so that the search can continue safely,” he said.

“We will spend Easter Sunday here if needed. The search will continue for as long as is necessary,” he told reporters.

He said the search of the western part of the mine shaft with the robotic camera has been concluded with the camera going to a depth of 130 metres.

Deputy police spokesman Stelios Stylianou told the Cyprus News Agency on Tuesday that a private company has been brought in to carry out the necessary work to repair the abandoned mine shaft. He said it was unclear whether the work will be completed today or tomorrow but said that once completed the search will resume for more bodies.

Meanwhile search teams will continue their search for the six year old daughter of the first victim Mary Rose in the lake where the suspect says he dumped the body. They are using a robotic camera while divers were on standby on site yesterday.

“The situation there has been evaluated. There are some critical areas where the search must continue tomorrow in the same way. The search will continue in the next few days with mechanical means,” the fire chief said.

By In Cyprus
Previous article
Towers and passports help towards NPLs reduction
Next article
Cyprus is not just sun and sea, says Deputy Minister for Tourism