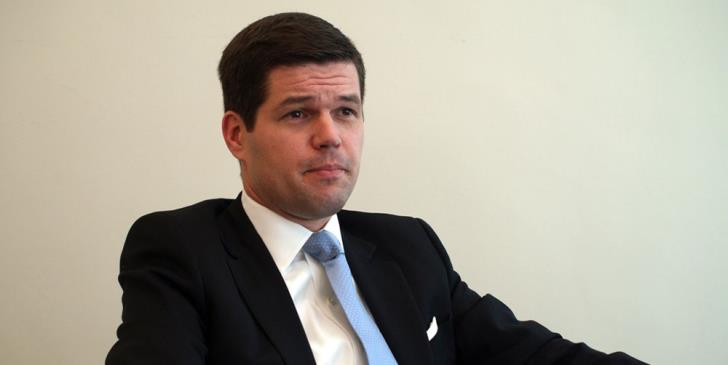 Turkish harassment of drilling vessels in Cypriot EEZ will not be tolerated, US Assistant Secretary of State for European and Eurasian Affairs A. Wess Mitchell  has warned.

“We have been in clear in our messaging with Turkish officials that harassment of drilling vessels in the Cyprus EEZ is not something that we will allow to go unnoticed or not speak up about,” he told  the Heritage Foundation, an American conservative public policy think tank based in Washington, DC.

Mitchell also said that the US work towards building a stronger relationship with Cyprus especially regarding issues of counter-terrorism and security. They also work towards countering Russian disinformation campaigns. Mitchell called the challenge of Russian money in Cyprus a ‘well-known issue’.

He noted that the US work together with Cyprus, which he characterised a vulnerable state in need of greater Western attention. “‘I believe that what we have to do, on Cyprus specifically, is remain engaged in the process towards a bi-zonal, bi-communal federation. That remains a priority. We are very actively engaged there and I will go back there this Fall.”

Mitchell’s speech revolved about Europe as a strategic theatre and the need for the United States to check threats and competition from Russian aggression and Chinese money in the continent. He stated that the United States work towards ‘a stronger long-term strategic presence of the US in the Eastern Mediterranean’. He called Energy development in the Eastern Mediterranean as ‘a major plank of European energy diversification’.

Greece was noted as an anchor of stability in the area. For Turkey, Mitchell said that it remains a crucial ally, especially since is the only country that can counterbalance Iran’s influence in the region. He added that many of Turkey’s safety concerns are shared by the US and that it is important keep the country pointed towards the West. He characterised Turkey’s role in supporting European energy safety and migration as crucial. However, as he stated, the West cannot remain silent on violations of human rights and, in addition, if Turkey moves forward in purchasing S-400 missiles from Russia ‘there will be consequences’

On the issue of the naming dispute between Greece and FYROM. he stated that the US will continue to support negotiations, especially since they want to see FYROM. as a NATO member (which will open the door of NATO to another strategically important country, Georgia).