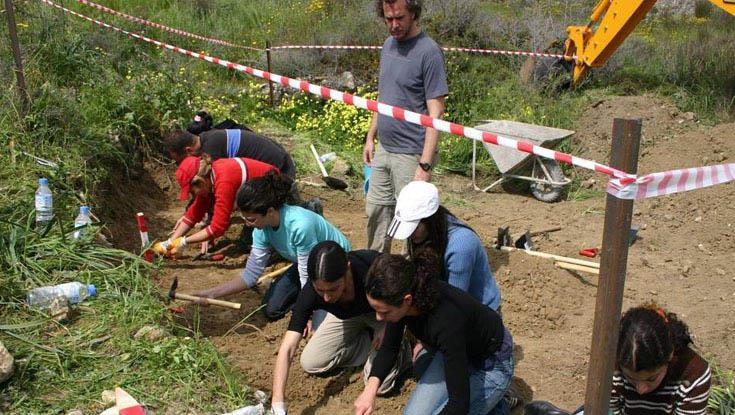 The Committee on Missing Persons in Cyprus (CMP) on Wednesday denied press reports that it will be terminating its operations.

“Contrary to what is stated in an article published by Politis newspaper on 11 June, the CMP would like to reassure families that no plans exist, or are under discussion, to terminate the operations of the Committee,” it said.

It added that, “as has been the case for the past 12 years, the CMP will continue to try to locate and identify the remains of the hundreds of persons that have yet to be returned to their families for a dignified burial.”

“The CMP would also like to reiterate that all decisions of the CMP are taken by consensus of its three Members,”  it concluded.

A Committee on Missing Persons was established, upon agreement between the leaders of the two communities, with the scope of exhuming, identifying and returning the remains of missing persons to their relatives.

Meanwhile, Presidential Commissioner Photis Photiou said that the intentional relocation of remains belonging to missing persons was a “major crime” on the part of Turkey and that the government of Cyprus would not cease to pursue the issue.

Addressing on Tuesday the House Committee on Refugees on Tuesday, Photiou expressed his apprehension over the general course of the process used to locate and identify remains of missing persons and referred to the decreasing number of successful discoveries.

He suggested that the government and the parliament convene a joint meeting, together with Greece, to look into ways of strengthening political and diplomatic efforts on this issue.

“Time is our greatest enemy for the resolution of this humanitarian problem,” he said.

Photiou said moreover that in 2016, they discovered the remains of 114 missing persons, in 2017 the number fell down to 49, while in the first five months of 2018 they discovered only 8.

Speaking on cases of intentional relocation of remains, that took place in the Turkish-occupied part of Cyprus, Photiou said “this is a major crime on the part of Turkey” which applies to the case of missing persons from Ashia, a village in the Mesaoria valley, as well as to other cases.

The Presidential Commissioner referred to the case of missing persons buried in a former landfill in Dikomo.

According to testimonies, around 70 people from Ashia, who were murdered by Turkish soldiers during the 1974 invasion, are believed to be buried in the former landfill, after their remains were transferred there from the village of Ornithi. The relocation took place between 1995-1996 according to testimonies. The EU funded later a project to close the landfill between 2009-2012, without knowing at the time the details of this case relating to the Ashia missing persons.

Photiou said one issue is how to support the Committee on Missing Persons to proceed with investigations. Witness testimonies need to be evaluated before proceeding with an excavation in the area, he said.

He added moreover that there is also a political dimension. “We will not accept to close the issue of relocations on the grounds that there are problems or that the information we received is not right. This will never happen,” he said.

On his part, Nestoras Nestoros, the Greek Cypriot member of the CMP briefed the House Committee over developments in relation to the work of the CMP, as well as about the access CMP gained to the archives of the UN and other countries.

According to Nestoros, the CMP visited New York twice to study the files. Moreover, they had access to British archives and that of the International Red Cross. Finland, Canada and Sweden also responded positively. A dedicated researcher was hired to study confidential documents, he said.

As an example, he noted that in UN headquarters, they reviewed 4,200 files, 988 of which were deemed to be relevant. So far, the CMP studied 410 of them, he added.

On Dikomo, the Greek Cypriot member of the CMP said that by today’s standards, there can be no decision on what the next steps will be. Nestoros said it was important to decide where to excavate and added that relatives must be provided with answers.

He also briefed the House Committee that the CMP reviews the identifications of 334 cases, upon request, and that so far, the process was completed for 246 cases.

Finally, Nestoros said that amnesty for people that provide testimonies does not seem to be effective, and witnesses are not convinced. He did not rule out giving a reward, replying to a comment made by a lawmaker.
Read more