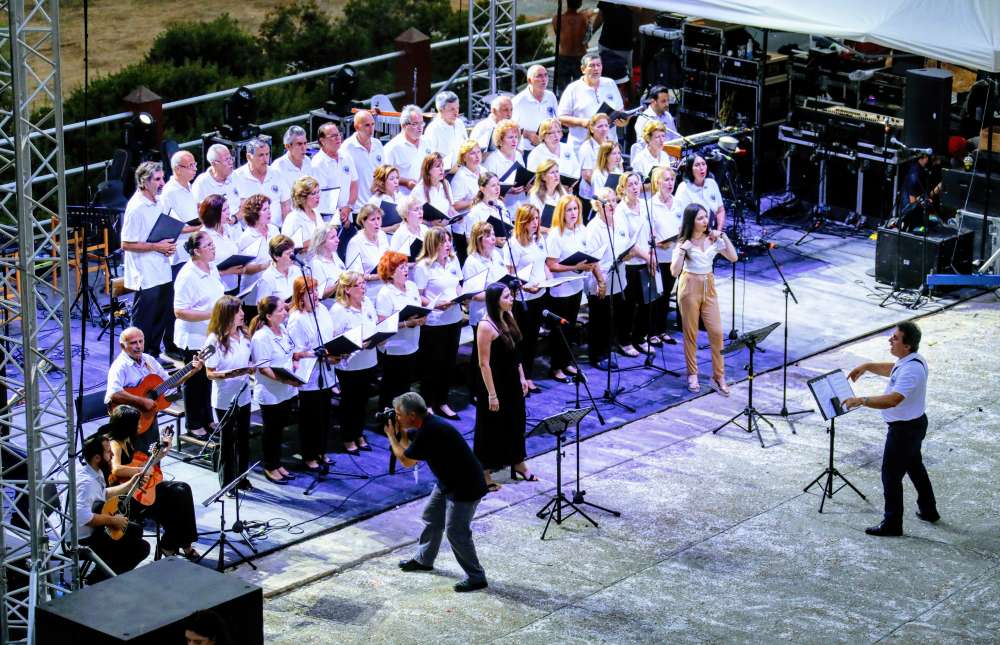 The Republic of Cyprus Minister of Justice and Public Order, George Savvides, lent his support to the SBA Police’s anti-drugs charity concert on June 29 at the Curium Amphitheatre.

The event, which raised more than €30,000, took place under the auspices of the First Lady,  Andri Anastasiades and was also attended by Bases officials, including Commander British Forces Cyprus and SBA Administrator, Major General James Illingworth.

The concert, which was headlined with performances from Greek stars Natasa Theodoridou and Stan Antipariotis saw hundreds of people pack into the Amphitheatre to shine a light on what is a global issue.

Speaking shortly after the concert, Savvides outlined his Government’s policy on drug abuse and explained why the issue was so important: “I was very happy to be able to lend my support as the Minister of Justice and Public Order to the SBA Police’s efforts to raise awareness about the use of illegal drugs within society.

“This is a global issue of social concern and one that every person in our society should feel very strongly about. A holistic approach is needed in order to deal effectively with all the hidden dangers of drugs use.

“Drug prevention, treatment, fighting of drug trafficking and social rehabilitation are high amongst our priorities in fighting this critical issue.

“The evening of wonderful entertainment, set in the beautiful backdrop of the Curium Amphitheatre, allowed the organisers to raise plenty of money for this noble cause and I would like to express my appreciation to them for their support.”

Bases Administrator, Maj Gen Illingworth, was also quick to return the thanks to the Justice Minster for supporting the event and he too explained why this was such an important issue for the wider-Bases community to be involved with.

He said: “The British Bases were delighted to welcome and host the Minister of Justice and Social Order to this charity fund-raising concert.

“The concert is intended to raise awareness about the damages that drugs can create, while also raising funds to combat the problem. In support of this worthy cause, the SBA Police are doing incredible work combating the use of illegal drugs and drug-related crime in the Bases, often working closely with their Cyprus Police counterparts. 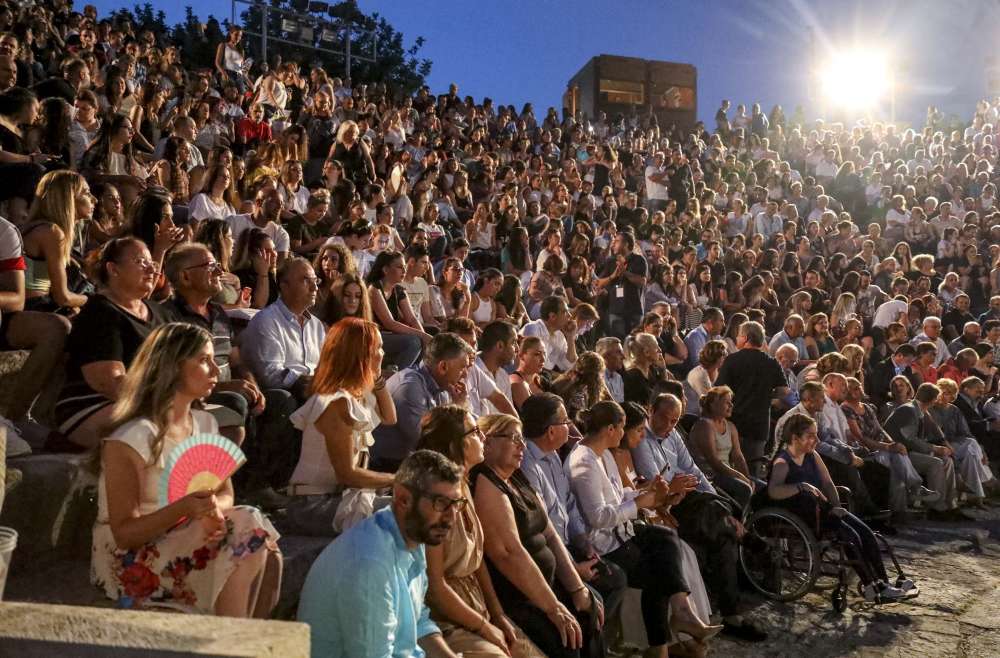 “This year alone they have seized more than 90 kilos of illegal drugs and brought many criminals to justice.”

Head of the SBA Police, Chief Constable Chris Eyre, also took the opportunity to pay tribute to the work of his officers and the local community that have been so quick to back the police’s anti-drugs initiatives.

He said: “I am proud that the SBA Police and our local community councils have once again organised an ‘anti-drug’ concert for young people in our communities.

“Young people deserve our help to avoid the threat that illegal drugs present to their health, safety and liberty and events like this evening will deliver a strong anti-drugs message and the monies raised will be invested in local community initiatives to give young people a positive start in life and avoid the evils of illegal drugs.

“I know the team that have made a monumental effort to organise this event will be proud that their work has been endorsed and supported by the President and First Lady and of course by the Minister of Justice and Public Order who attended the concert.

“I am, once again, humbled by their continued commitment to the delivery of the anti-drug message to the young people in our communities.”

By In Cyprus
Previous article
Fin MIn: Draft legislation on blockchain technology before the end of 2019
Next article
CreditPilot and WireCard announce strategic partnership