Minister: Courts should do their work free of intervention 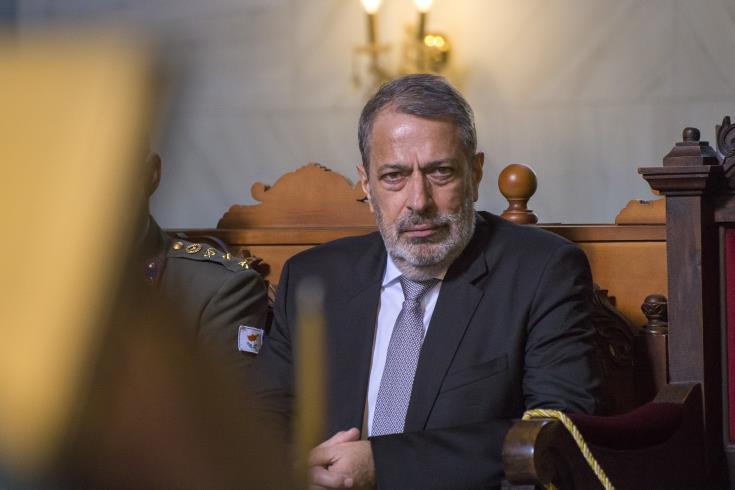 The courts must be allowed to do their work free of any intervention, Justice Minister Yiorgos Savvides said on Monday, a  day before Famagusta district court is due to hand down its sentence to a 19 year old British woman convicted of making a false rape allegation.

He was replying to a question regarding remarks yesterday by UK Foreign Secretary Dominic Raab regarding the case of a British teen who has been found guilty of lying she had been gang raped by 12 Israelis at her hotel in Ayia Napa in July. She says she was coerced by police in retracting her initial complaint that she was raped. Her lawyers have said they will appeal while her mother has joined calls for holidaymakers to boycott Cyprus.

The 19 year old is due to be sentenced tomorrow. Her offence carries a maximum penalty of up to one year in prison.

Yesterday, Raab urged Cyprus to do the right thing in the case of the British teenager. He said Cyprus was “sensitive” about interference, but added that the woman’s sentencing on Tuesday was “firmly on my radar”.  He also told the BBC he had spoken to the woman’s mother and offered support.

He added it was his priority to get the woman back to the UK to start her recovery. Nicosia previously responded to criticism by saying it had “full confidence in the justice system and the courts”.

Asked to comment, Savvides said: “What I would like to say is self-evident. We are a constituted state, with a constitution, with international obligations, with laws, with an independent justice system of which we are proud.”

And he added. ” We will not and do not allow someone intervening in the work of justice because we believe it is the cornerstone of the rule of law for the courts to be allowed by everyone to carry out their important work unimpeded.”

Asked whether President Nicos Anastasiades plans to pardon the woman should she be sentenced to jail, he said the president has constitutional rights but it is best at this stage to await the decision of the court which must be left free to do what it considers is right.

He reiterated that he has full confidence in Cyprus justice and said that any defendant who disagrees with any criminal court decision can appeal to the Supreme Court.

Meanwhile, a demonstration was held on Monday outside the Cyprus High Commission in London by supporters of a campaign to bring the 19 year old home. The demonstrators have supported calls to boycott Cyprus because of the way the case was handled. 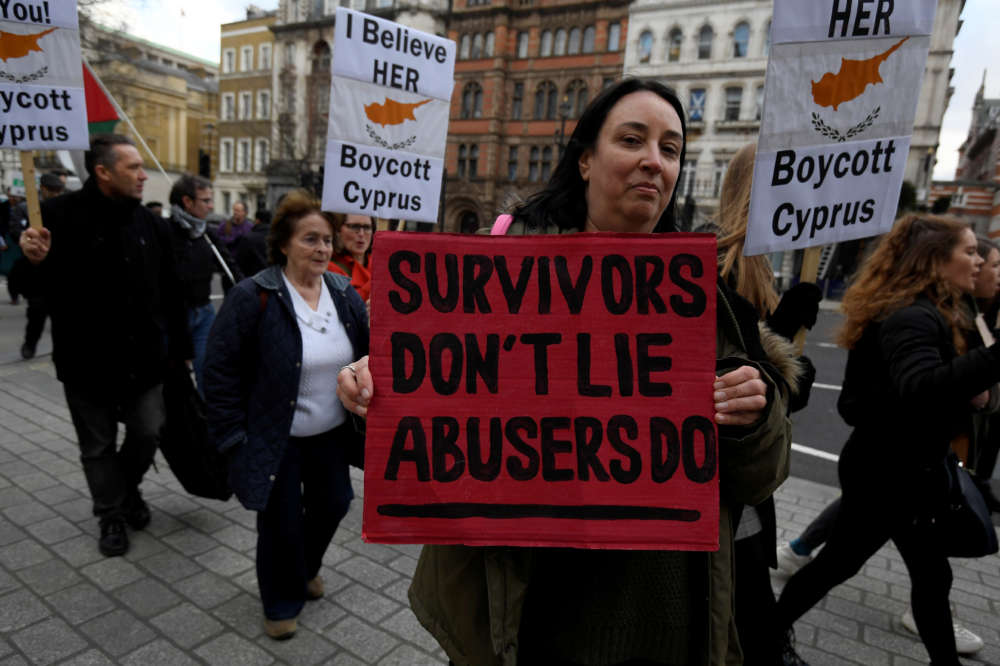 The Daily Mail said demonstrators gathered in front the High Commission Of The Republic Of Cyprus in St James’s Square this morning before setting off to march through the streets past Downing Street and the Foreign Office to Parliament Square.

The protest came after the teenager’s mother appeared on This Morning where she hit out at Cypriot police who she insists forced a false retraction from her daughter, and failed to properly gather evidence in the wake of the assault.

Tomorrow she will be sentenced and the girl’s mother said ‘best case scenario is she is given a fine and a suspended sentence,’ while ‘worst case’ would mean prison, the Daily Mail added.

“The whole police procedures in Cyprus are wrong… I have absolutely no doubt whatsoever about my daughter’s claims. She’s really suffering out here,” she said , speaking from Cyprus.

“She’s getting worst on almost a daily basis. She has PTSD, is sleeping 16-20 hours a day. She is not in a good way at all and needs to get home to the UK,” she added.

Verity Nevitt, co-founder of the Gemini Project – which organised the march, told the PA news agency that it was to ‘stand in solidarity’ with the teenager ‘against the injustice she is facing.’

She added that: “The aim of today is to put pressure on the Government and [Foreign Secretary] Dominic Raab to intervene and do something. They’ve said a few words about being concerned but they haven’t taken any action. They should be out there they should be doing something.”

And a group of Israeli women have come to Cyprus in support of the British woman.

So grateful to Israeli women that came to Cyprus to demonstrate! So grateful to @diktyoCY for being there to welcome them! I am truly touched! #WeStandInSolidarity #WeBelieveYou #JusticeForHer https://t.co/T48NaH63oD