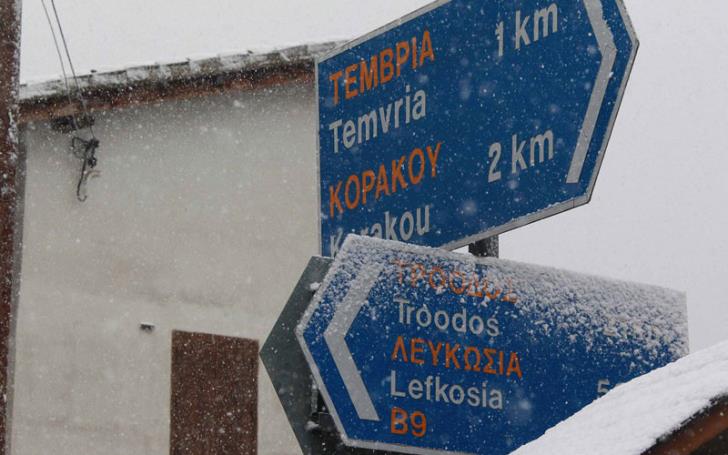 The Met Office has issued an orange alert, warning of extreme low temperatures tonight. The warning comes on the back of a yellow alert issued last night.

“The minimum temperature is expected to fall to around -10 C over the highest Troodos peaks,” it said.

And it added: “Be prepared that low temperatures are expected. This will lead to health risks among vulnerable people e.g. the elderly, very young and homeless are possible. Listen to and act upon advice from the authorities.”

The alert is in force from 11 pm on Sunday to 8 am on Monday.

In its weather bulletin issued on Sunday afternoon, the Met Office said high pressure and a cold air mass, which are receding on Wednesday, are affecting the area.

Tonight will be cold with intervals of fine weather and intervals of cloud and the possibility of light showers or sleet on the lowland or light snowfall at intervals locally in the mountains and semi-mountainous areas.

Temperatures will fall to 0 C inland, 3 C on the east coast, 1 C on the remaining coasts and -10 C in the mountains.

Monday will be partly cloudy and at intervals cloudy. Temperatures will rise to 11 C inland, around 13 C on the coasts and 1 C in the mountains.

Tomorrow night will be fine and cold with increased cloud locally at intervals.

The depth of snow at Troodos Square was 66 cm.