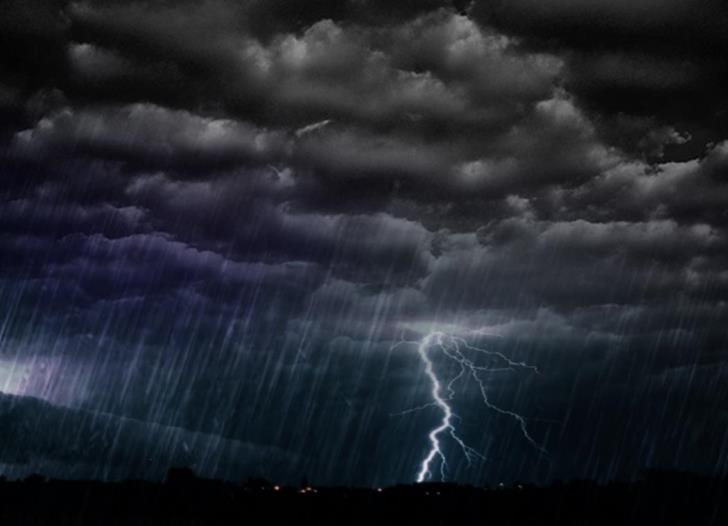 It will be wet and windy today with isolated thunderstorms while because of snowfall roads in the Troodos Mountains are open only to four wheel drive cars or those equipped with snow chains.

Early on Friday the Met Office issued a yellow alert, warning of isolated heavy thunderstorms. It said the showers rate may exceed 35 mm per hour while wind gusts may reach 8 Beaufort.

The warning is in force until 9 pm tonight. “Be aware that thunderstorms may occur. Take extra care in exposed areas, like mountains, forest and open terrain. Disruption to outdoor activities is possible,” it said.

In its early morning weather bulletin, the Met Office said a low pressure low centered on Rhodes is affecting the region at intervals while a cold air mass is expected from tomorrow.

Temperatures will rise to 16 C inland and on the coast and 4 C in the mountains.

On Saturday, there will be intervals of mainly fine weather and intervals of cloud and light, local showers as well as light snowfall in the mountains. Locally winds will be very strong while at night there may be light snowfall, locally in the semi mountainous areas.

Sunday will be cold with intervals of mainly fine weather and intervals of cloud with light local showers and light snowfall in the mountains and semi mountainous areas. Sleet is possible at lower altitudes.

Monday will be mainly fine and cold and at intervals there will be increased local cloud.

Frost is expected over the three days at night and early in the morning in the mountains, semi-mountainous areas and locally inland and on the coast.

Temperatures will drop on Saturday and fall further on Sunday to noticeably below the seasonal average and will edge up a little on Monday.

The depth of snow at Troodos Square at the time of issue of the early morning weather bulletin was 52 cm.

Police said that because of snowfall roads to Troodos Prodromos-Troodos, Platres-Troodos and Karvounas-Troodos) are open only to four wheel drive cars or those equipped with snow chains.

Because of rock slides and mudslides, one lane on the Louvaras-Gerasa road is closed to traffic.

Police are urging drivers to be careful, to drive slowly and keep a safe distance from other cars.

Because conditions on the road network in the mountains are changing because of the weather, drivers are urged to stay updated through the police app or its website.