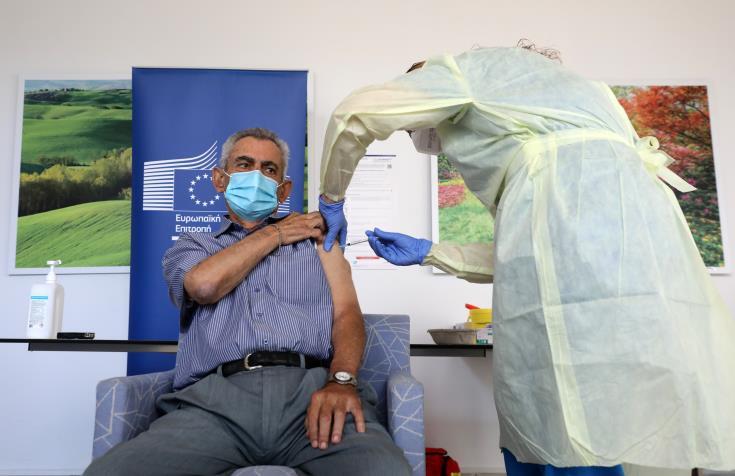 Andreas Raounas, an 84 year old resident of a Care Home, in Nicosia, Panagiota Loizou Fylaktou, 88 years of age and the Director of the Home, Athos Matsas, were the first citizens to get vaccinated against COVID-19 in Nicosia District, after the authorities received yesterday the first batches of the Pfizer-BioNTech vaccine.

Cyprus is among many EU member states which begin the inoculations against the disease. As of December 26, the Republic of Cyprus has a total of 111 deaths and 19,391 confirmed cases.

Raounas expressed his joy to be among the first to get the shot and called on all citizens to get inoculated because, as he said, this is the only way to fight the enemy. He said that he is aware of the possible side effects but pointed out that if you get the disease, you might die. Raounas also said that there is no point for some to work for a common good and others to fight against this.

He also thanked the European Commissioner for Health Stella Kyriakides and the Minister of Health Constantinos Ioannou, saying that because of their hard efforts Cyprus today celebrates a historic day.

Panayiota Fylaktou said that she wanted to get the vaccine first and the reason she did it is because she wants her children and grandchildren to come visit her. 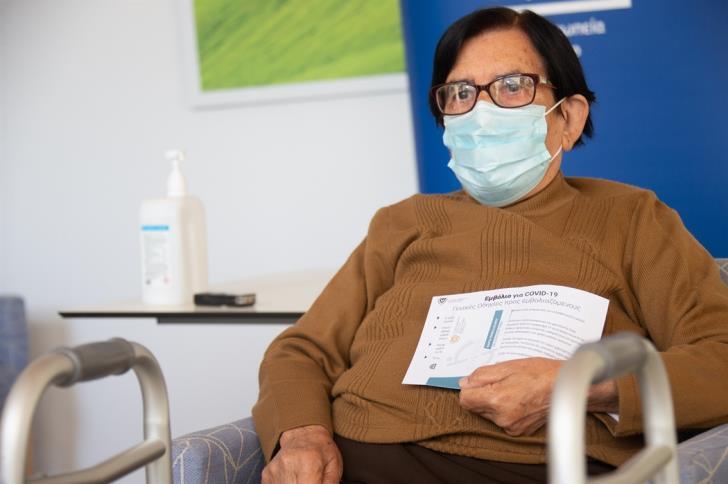 Director of the Care Home Athos Matsas said that he got vaccinated first to show his trust in the the whole of the scientific community and all its efforts to fight the pandemic and contain the virus. He said that he sends a message to people of younger age, adding that inoculation is a personal choice, however we must consider the rights of others as well.

Health Minister, in a tweet today, said that the beginning of the vaccinations in Cyprus gives us hope and the right to look at the future with optimism. This is the beginning of the countdown for the end of the pandemic, the Minister pointed out, saying that the vaccine is the answer of the scientific community against this enormous health crisis and the product of European solidarity.

The first shots in Limassol

In Limassol Dr Anastasios Tsiftsis, who works at Care Home was among the first to get vaccinated. This is the beginning of the end for the pandemic, he said, and called on citizens to trust the medical community and get their vaccines.

Dr Tsiftsis said that he is optimistic and assured the citizens that the vaccine is safe and has been tested in trials for its safety and efficacy.

Stavros Mina, the owner of a Care Home in Limassol said that a total of 45 residents are getting the vaccine, adding that he feels happy and optimistic that this is a way to stop the pandemic.

President to be inoculated on live TV

Cyprus President Nicos Anastasiades will be getting the COVID-19 vaccine on Monday morning, following other EU leaders who did the same.

The President will get vaccinated at 09.30am local time at the Latsia Health Center in Nicosia.

Anastasiades shared a message on Twitter on Sunday to mark the start of inoculations on the island, calling this “a great day for our country and the whole of Europe”.

He said that the simultaneous rollout of the inoculation programme in EU countries “is the most optimistic message of this holiday season” and that today is “the beginning of the end to the greatest health crisis that our continent faced in a century.”