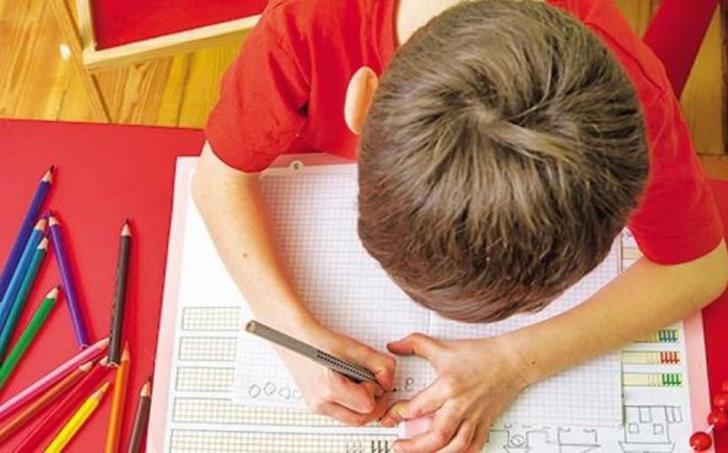 Parents were confused on Tuesday as regards the return to school of 769 disabled pupils, as the Education Ministry omitted to clarify the precise date on which they could attend in its announcement on Monday, philenews reports.

Education Minister Prodromos Prodromou had said on Monday following a meeting with the epidemiological surveillance team that 769 children with disabilities who were told they could not go back to school when primary and lower secondary schools reopened last Thursday can now go, but without clarifying the exact date they could do so:

“The children have been divided into two different categories. The first category concerns children who do not have a vulnerability as regards coronavirus and could go back provided they and the adult assistants who accompany them are briefed about the virus. These children are expected to go back to school with Group B of pupils so as to not miss any classes. The second category are children with an underlying condition which puts them at increased risk should they contract Covid-19. The Education Ministry recommends that these children remain home pending evaluation from special committees,” Prodromou said on Monday.

When the decision was taken on May 15 that primary and lower secondary pupils would go back to school starting May 21, the Education Ministry had said that pupils will attend classes on a rotation basis to avoid crowding, with the first group attending class the one week and the second on the next and so on.

This week marked the official beginning of classes of Group one of those pupils (May 21 and May 22 were induction days to the new school reality for the two groups), and the Education Ministry tried on Monday with its decision on the disabled pupils to roll back on an earlier decision on May 20 to exclude them from the return to school with their peers on Thursday over vulnerability concerns, a move that prompted fury among parents and children’s groups.

Observers argue that a public clarification of the exact date of return to school of the 769 children with disabilities during the rollback announcement on Monday this week would have been wise, as it would eliminate the risk of causing further confusion, anger and anxiety among a segment of the population already at loggerheads with the government on the poor handling of disabled pupils during post-lockdown school policy discussions.

As a result of Monday’s unclear message, some parents did take their disabled children to school yesterday assuming that they could return right away, with president of blind children’s parents association Christos Avgoustinou saying on a televised talk show that a pupil with visual disability in Famagusta district was sent away yesterday as was another with a learning disability in Larnaca district.

Yioula Pitsiali representing Agalia Elpidas, a parents association for children with disabilities, also spoke out on yesterday’s events saying that Education Ministry officials are applying pressure on secondary education public schools to not accept the pupils back. She also mentioned that some teachers have accepted these pupils to school at the suggestion of secondary teachers union Oelmek and that lists with names of the pupils that will return to class have been arriving at schools since yesterday.

Oelmek had issued an announcement a few days ago disapproving of the Education Ministry’s initial decision on May 20 to not allow children with disabilities to return to school with their peers on May 21 and urged teachers to embrace them and accept them in schools irrespective of any government decisions.

“The decision is discriminatory and everyone should show the appropriate respect to the dignity of children by remaining impartial while paying particular attention to their personal situation, their welfare and particular needs and their physical and mental integrity as provided for in the rules of operation of public schools,” Oelmek said.

The Education Ministry’s initial decision for non-return to school of children with disabilities on May 21 is expected to be discussed today by the House Standing Committee on Education in the presence of the Education Minister, the Children’s Rights Commissioner, health ministry officials, the federation of parents associations for children with disabilities (Posygopea), teachers unions Oelmek, Oltek and Poed and a health expert from the advisory team on Coronavirus.