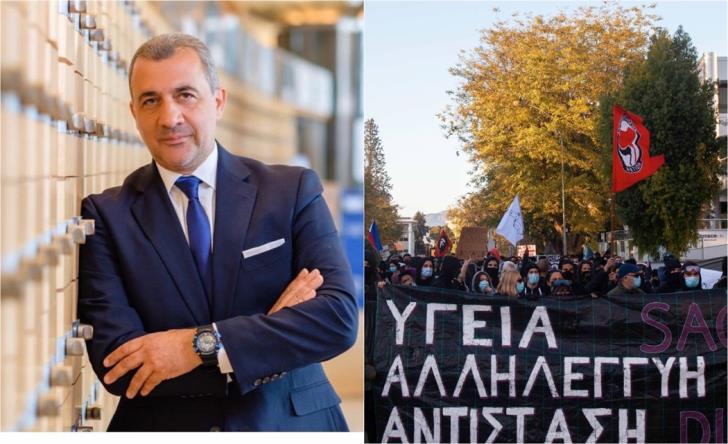 European Member of Parliament Loukas Fourlas described as harmful and provocative the reference of the “Os Dame” (Up to Here) movement, describing the government of the Republic of Cyprus as “Government of the South” and asks AKEL to denounce this reference.

The “Os Dame” (Up to Here) movement referred to a distortion of the original phrase which spoke of a government in the south. The actual phrase was “Those who turned the people on this island into ‘Cypriots of the north and of the south.’”

By gavriella
Previous article
Nine people found at the back of a van during checks
Next article
Where to get a rapid test on Monday, 29 March