Young people in Cyprus are struggling to make ends meet and create prospects for the future, as they face the consequences of the pandemic, the war in Ukraine and the rising cost of living, participants in the panel discussion “Being Youth in Times of Crisis,” said on Monday.

The event welcomed young people from both sides of the divide, who voiced their opinions on the multiple crises the world is grappling with.

The panelists said that recent crises created an adverse effect both on the life chances of young people, as well as their mental health.

Citing a European Youth Forum-commissioned study, Xenofontos said that during the pandemic two-thirds of young people reported they struggled with mental health problems, with young women being at higher risk. Xenofontos noted that mental health has a direct effect on youth participation. “When you are not feeling well mentally, it affects how you participate in social and political issues,” she explained.

Young people from marginalised social groups such as LGBTQI+ people faced additional challenges during the pandemic, as due to financial reasons, many were forced to return to former communities and their parents’ homes, where some faced discrimination, violence and bullying, the panelists said. 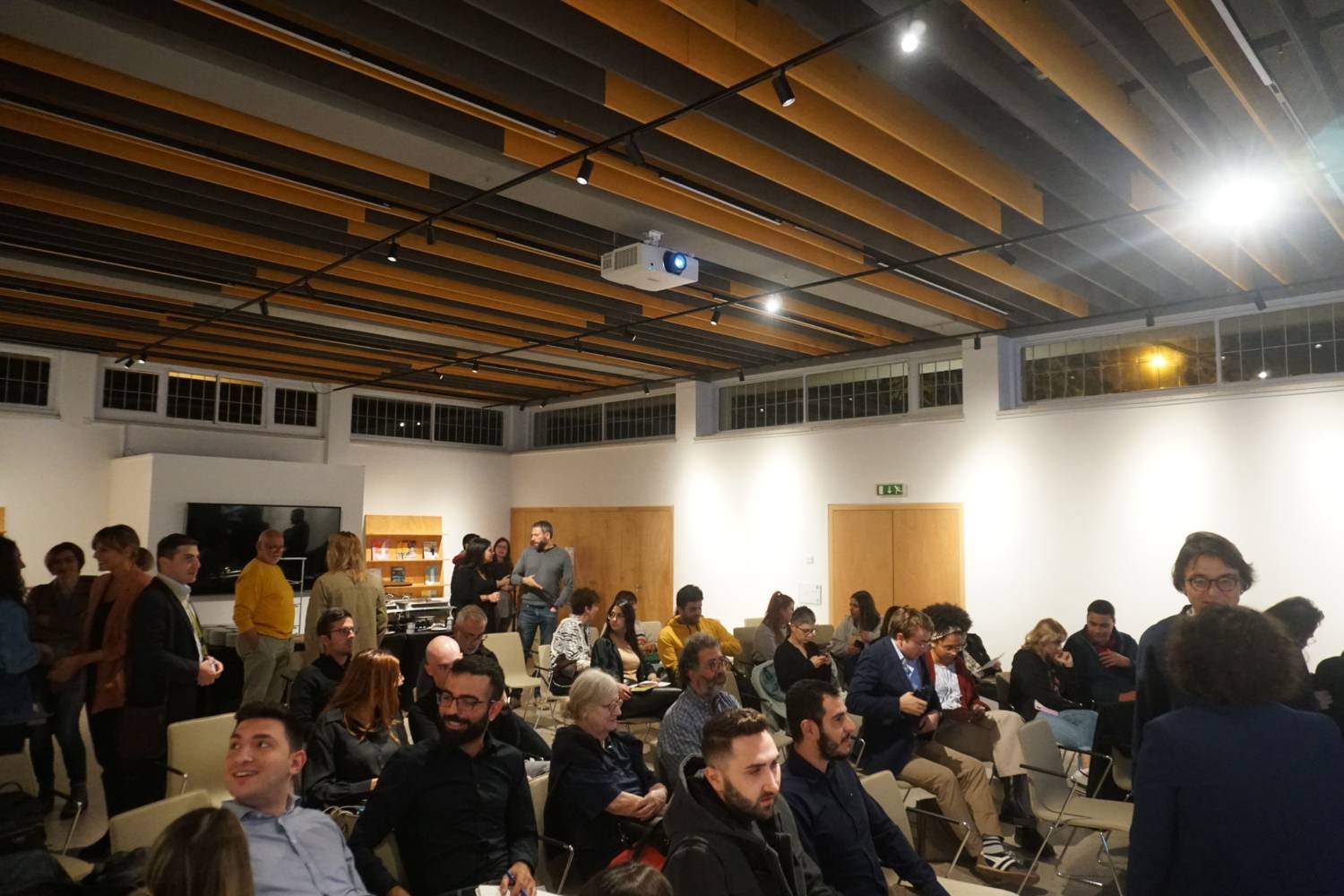 Maria Kola, President of the Cyprus Youth Council said that besides the obvious hardship, crises provide opportunities to bloom. Youth organisations had to get creative during the pandemic, and make use of technology to organise initiatives to bring young people together and keep them engaged, she said.

Nevertheless, technology has its backside, she added, as heavy reliance on digital communication tools has led to a lack of social skills among young people.

“Technology created a completely new space for us to inhabit during the pandemic. We need to explore this space and make it work for us. Many times we are skipping great questions such as how is digitalisation affecting our lives and participation in civic life. How protected are we online?” Xenofontos asked.

The Vice-President of the European Youth Forum added that the crises we’re facing today are interconnected. One cannot talk about the pandemic without talking about climate change, for example, she said.

Mustafa Özbilgehan noted that Turkish-Cypriot youth organisations faced additional challenges to stay connected during the pandemic, due to problems in technology infrastructure in the north and frequent power outages.

Özbilgehan and Cetiner said that a major issue in the north is emigration out of Cyprus, which they both described as a crisis driven by the rising cost of living and political corruption.

“It’s really hard to mobilise youth because young people think that nothing will change in this country, so they say ‘it’s better to leave and save myself,” Cetiner stressed.

Özbilgehan and Cetiner explained that the Turkish Cypriot diaspora in places such as Portugal and the Netherlands is growing, as scores of young people are moving there to work at minimum-wage jobs. 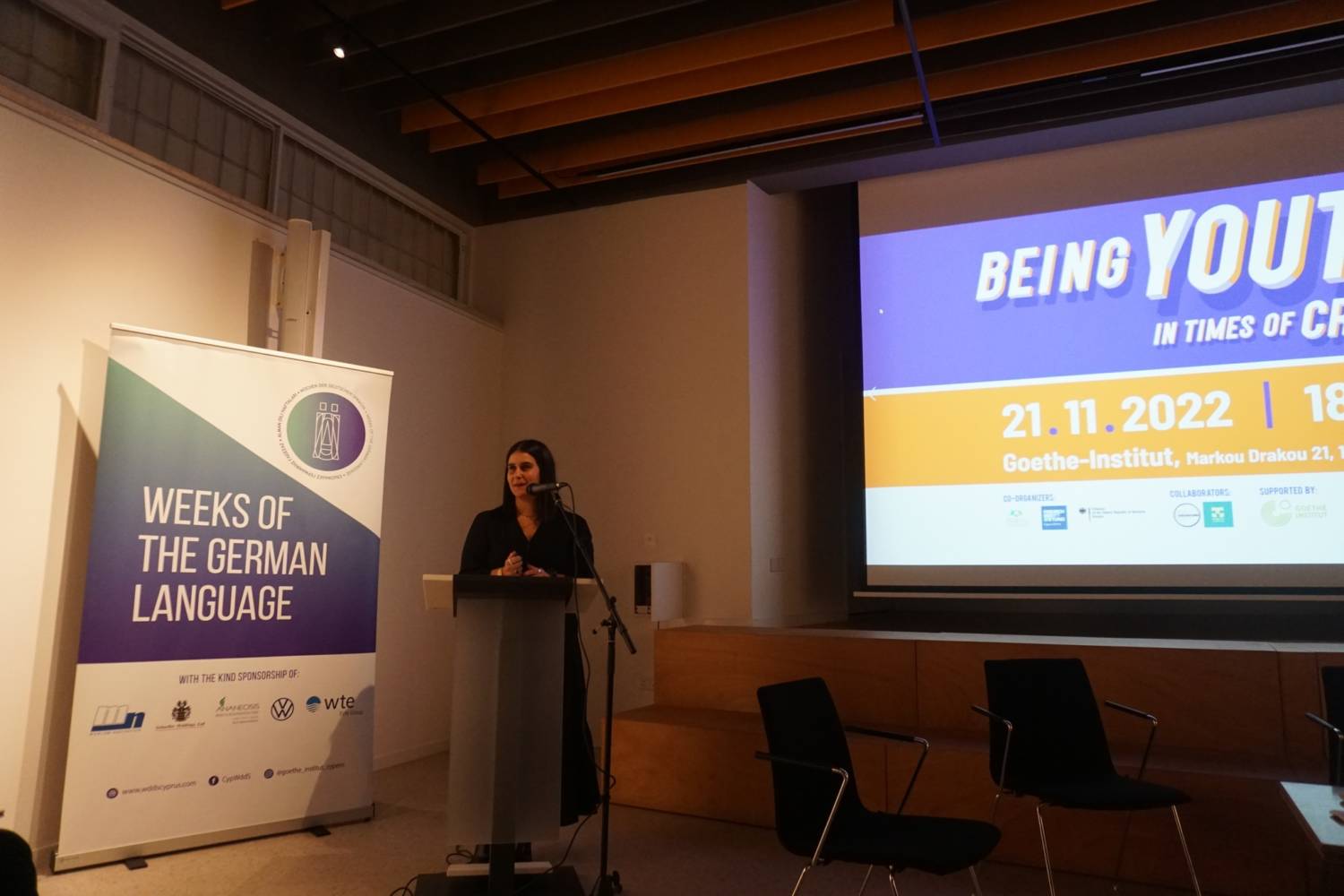 Addressing the event, Professor Hubert Faustmann of the Friedrich Ebert Foundation said that young people today have it harder than their parents’ generations and all generations that followed World War II.

Professor Faustmann made special mention to the living conditions of young people in the non-government-controlled areas of Cyprus. “It’s not just COVID and consequences from the war. If you are from the north you’re also suffering from high inflation and increased Turkification,” he said.

Anke Schlimm, Ambassador of the Federal Republic of Germany to Cyprus who also addressed the event said that initiatives that bring people from both sides of the divide together give hope for the future.

Despite the challenges, youth in Europe still have it better than young people living in other parts of the world, the Ambassador said and stressed the importance of education in bettering people’s lives.

“Change can be perfect and absolute or it can be small steps. As a society, we don’t appreciate small steps. Sometimes we forget how can things be difficult, especially for organisations like us that are volunteer-based and struggle for finding. We should not expect a Messiah. It’s up to us to do something,” Cetiner said.

The panel discussion was organised in the framework of the European Year of Youth and the Weeks of the German Language, by the Cyprus Youth Council, Friedrich-Ebert-Stiftung and the German Embassy in Nicosia with the collaboration of Mağusa Gençlik Birliği and Lefkoşa Gençlik Derneği.

By Stelios Marathovouniotis
Previous article
Completion of excavations at Kition-Pampoula, 2022
Next article
Mail Santa this Christmas through Cyprus Post Office