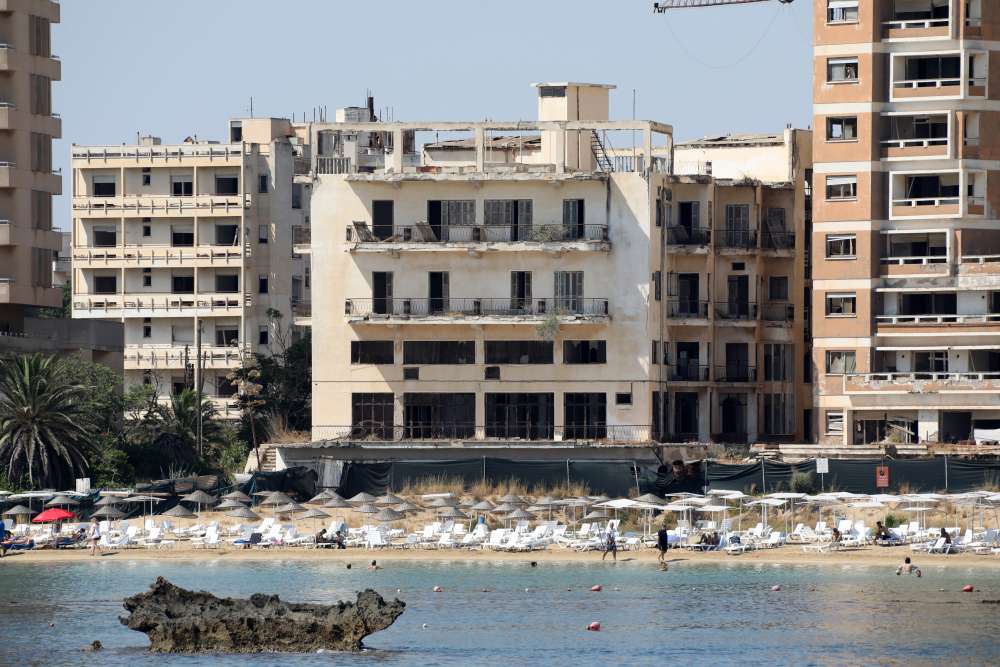 Two ladies who come from the Turkish occupied city of Famagusta share with CNA their memories from their carefree days in a once vibrant city and what they believe should be the next steps forward.

Cyprus News Agency’s photographer Katia Christodoulou was invited by Elias Pantelides, who organised the trip, aboard a fishing boat which travelled along the shoreline of the fenced – off part of Famagusta, known as Varosha. She was able for the first time in 45 years to shoot a short video and take photographs of the area as it is today.

CNA contacted Anna Marangou and Areti Ionides, both from Famagusta, and asked each one of them to describe a memory they have from their life in the city before 1974.

Anna Marangou: We would swim all day long, a tray of sandwiches was the only thing to lure us back home

Anna Marangou recalls that during the summers together with all her friends they would make the swimming itinerary of the areas Alasia – Kamila – Glossa and back again.

“There were groups of us, we would all swim together, we would stop at a float across from the house and then we would continue to Kamila which was a rock quite far away. After catching our breath, we would then go to Glossa because that was where our Nautical Society was before they demolished a chapel which stood there and built a modern, large one,” she describes.

Once at Glossa they would rent canoes and they would turn around in front of the Constantia Hotel which together with the King George were the hotels grown-ups would frequent to reach a little row of sea rocks behind the hotel.

“We were away from home all day, no-one worried about where we were. We would swim all day and late in the afternoon when hunger would strike, we would return,” she continues.

“My mother would set out a tray of sandwiches on our porch,” she remembers, adding that “it was only the thought of that tray which lured us back home.” 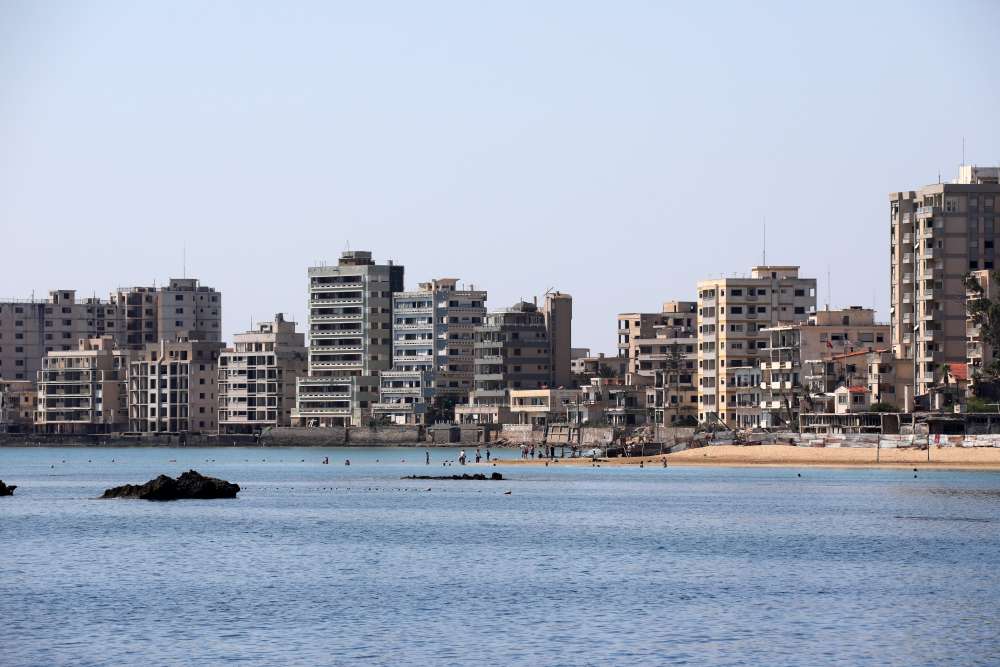 Asked what should be the next steps in her view for the people of Famagusta to be able to return to their city she acknowledges that “things are not simple; they are very difficult and the municipality should find ways to get in touch with its people.”

According to Marangou all property owners from the city should get together with their title deeds. We should talk about the younger generation, “the prospects of reunification, about how Famagusta could be the first important step for the whole of Cyprus,” she says.

Asked whether she would return to Famagusta if an agreement was reached to open the closed off part of the city as part of a comprehensive solution of the Cyprus problem or as Confidence Building Measure, she replies that she would very much like to live in Famagusta.

She notes that the only condition she has is security. “I do not wish to live in a seaside ghetto which will become a new Ayia Napa, where I would feel like a foreigner, while having behind me the Turkish occupying army,” she says. She stresses that it is important for the city to be returned to its legitimate inhabitants, on the basis of UN resolutions.

Areti Ionides remembers how happy she was in Famagusta and expresses her grievance: “my heart aches from longing.”

Varosha, she recalls, “used to smell of the fragrance of orange blossoms” when the orange trees were in bloom.

The scent of the blossoms from Kato Derhynia and Agios Memnonas would be overwhelming especially when in the evening breeze.

The fragrance of the blossoms would attract all inhabitants towards the area of the orange trees and we would not resist the temptation to go and enjoy the wonderful sight of the trees in full blossom with their juicy fruits, she says.

She also speaks of a vibrant city, which she always described to be like “a large and noisy bee- hive.” The commercial port was full of life. Ships would be leaving loaded with fruits and the renowned Cypriot potatoes which were exported in various countries, she adds.

Ionides adds that while Famagusta was a relatively small city, it had achieved “rapid growth thanks to its progressive inhabitants. 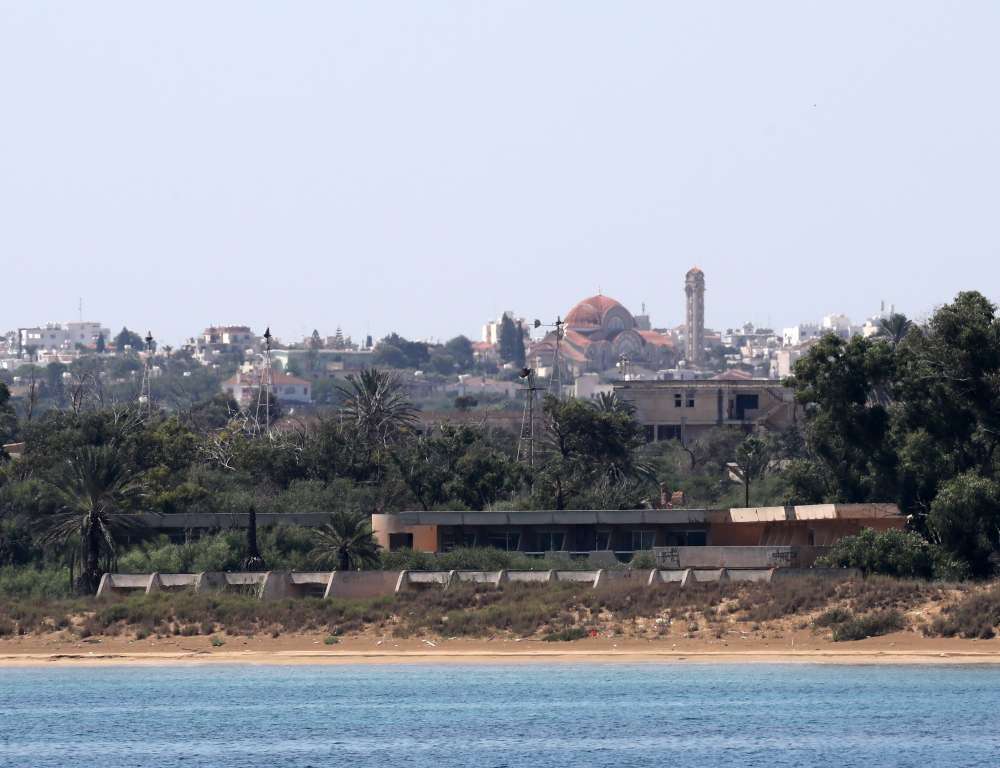 Asked what should be the next steps in her view for the people of Famagusta to be able to return to their city she expresses the view that “it is imperative to seek the resumption of talks for the solution of the Cyprus problem and once they start to know what we want, to be honest and to be ready to discuss all matters on the table, expecting from the other side to do exactly the same.”

According to Ionides “Famagusta and other occupied areas should be included in what we seek to achieve since without the return of territory would not be possible.”

Asked whether she would return to Famagusta if an agreement was reached to open the closed off part of the city as part of a comprehensive solution of the Cyprus problem or as Confidence Building Measure, she replies she would return as long as the city was placed under UN administration.

“The northern end of the Varosha is adjacent to the port area of Famagusta from where one can stroll to the beach. From the fence, which obstructs the stroller from gaining access to the Varosha shoreline, the sea-front hotels, apartment blocks and restaurants are no more than decaying concrete skeletons – massive urban gravestones standing resolutely against the march of time,” a European Parliament Petitions Committee report published in 2008 describes.

“Trees and shrubs have grown through the cracks in the decaying thoroughfares where the ground has sunk to fill the underground sewage systems. Cats and rodents roam the alleys. Churches have suffered the same fate as the other buildings and have been desecrated and left to bear their own silent witness on behalf of the once predominantly Christian community”, it reads. 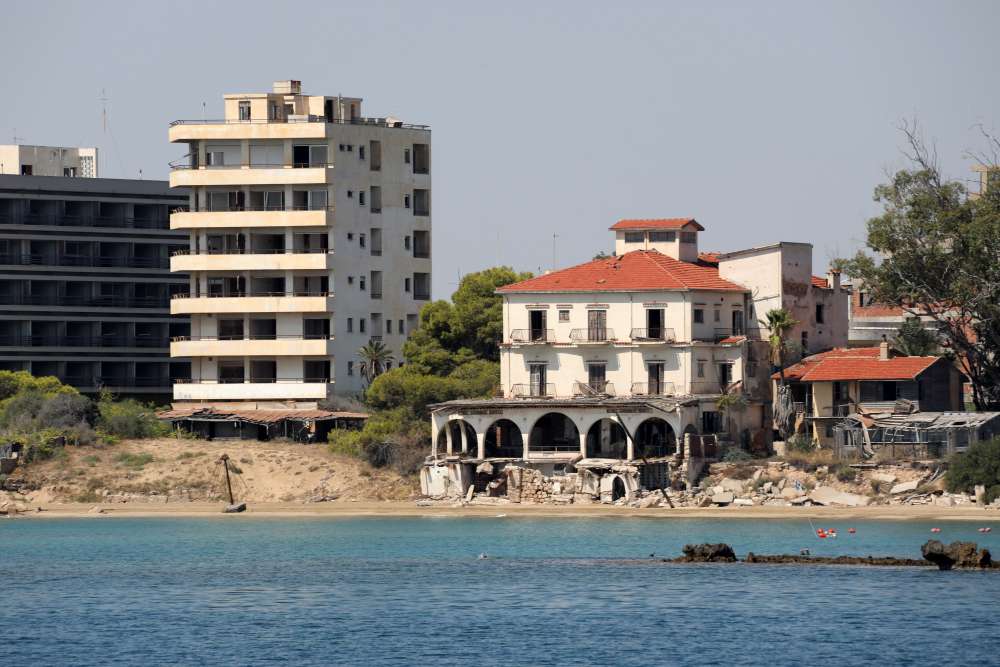 Kudret Ozersay, the “foreign minister” of the illegal regime in the Turkish-occupied areas of Cyprus, arranged this week a press visit for Turkish Cypriot and Turkish journalists and media in the fenced – off part of Famagusta for the first time in 45 years and has said that he will gradually open the city. Asked about the matter on Friday, Government Spokesman Prodromos Prodromou said that propaganda by Turkish Cypriot side on the matter of Famagusta is “invalid”. He recalled that during the latest round of Cyprus talks in Switzerland the Turkish side made a proposal under which Famagusta would be under Greek Cypriot administration.