A 20-year–old Cypriot, Michalis Eleftheriades, holder of 77 national records, can solve the Rubik’s cube in 13.33 seconds, hanging upside down.

Eleftheriades, who since 2020 has been the holder of the Guinness World Record for solving the Rubik’s cube while hanging upside down, is touring the world, breaking records and winning international Rubik’s cube competitions.

Michalis says he received his first Rubik’s cube in 2016. It took him two hours two solve it. Now he can do it in seconds. 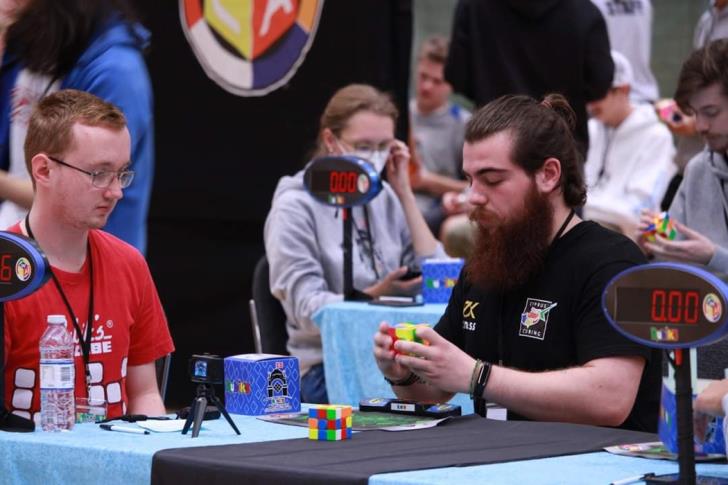 Michalis and Shamil Magomedov are the founders of the Cyprus Cubing League which takes place once a month in different cities in Cyprus. Contestants accumulate points and at the end of the season, those with the most points in different age groups are declared the winners.

Michalis and Shamil say that the Cyprus Cubing League was created to promote the sport and “to encourage children to put aside video games for a while and engage in a unique sport of mind and concentration.”

This was the first time that Cyprus was represented in a European Rubik’s Cube Championship.

A total of 71 contestants from 13 countries participated. Michals achieved two Pancyprian records in 3×3 cube (the fastest solution was 7.86 seconds and the fastest average was 9.89 seconds) and won first place in 3×3, 4×4 and second place in Megaminx and Pyraminx.

This was the first Rubik’s Cube Championship held in Cyprus and Michalis was declared national champion. Michalis achieved four Pancyprian records in 3×3, Clock, Pyraminx and Skewb and won first place in Pyraminx, second place in Skewb and third place in 5×5 and Megaminx. He was also crowned national champion in the Pyraminx category with an average time of 4.98 seconds.

* All competitions are international and under the auspices of the World Cube Association.

The story of the Rubik’s Cube

Invented in 1974 by the Hungarian sculptor and architecture professor at the Budapest Academy of Applied Arts, Erno Rubik, the cube is the world’s most famous and most commercially successful puzzle game, with sales reaching hundreds of millions.

With his invention, Rubik wanted to spark his students’ interest in geometry and the perception of three-dimensional objects.

It was first released as a toy in 1977 in Hungary under the name “Magic Cube.” Its popularity quickly crossed borders when two years later, an entrepreneur, Tibor Laczi, received permission to exhibit it at the Nuremberg Toy Fair.

Rubik’s Cube is a three-dimensional mechanical puzzle with fifty million combinations. In a classic Rubik’s Cube, each of the six sides is covered by nine stickers in six colours (white, red, yellow, green, blue and orange). A rotation mechanism allows each side to rotate independently of the others so that the colours are mixed. To solve the puzzle, each side must be composed exclusively of stickers of the same colour. 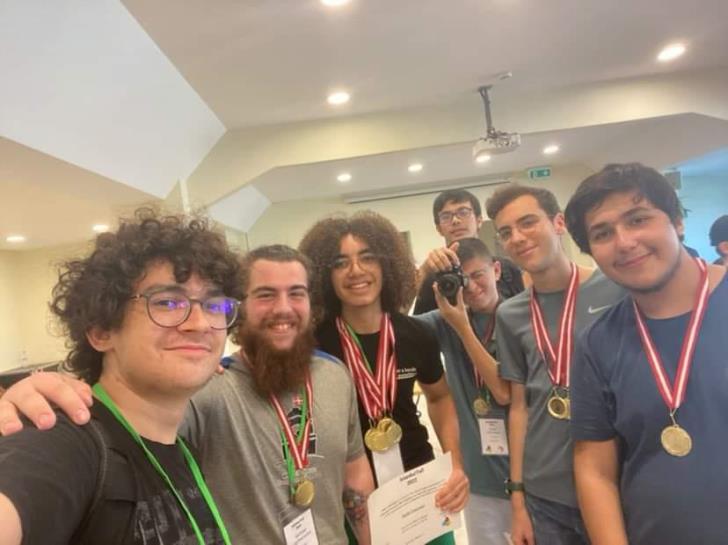