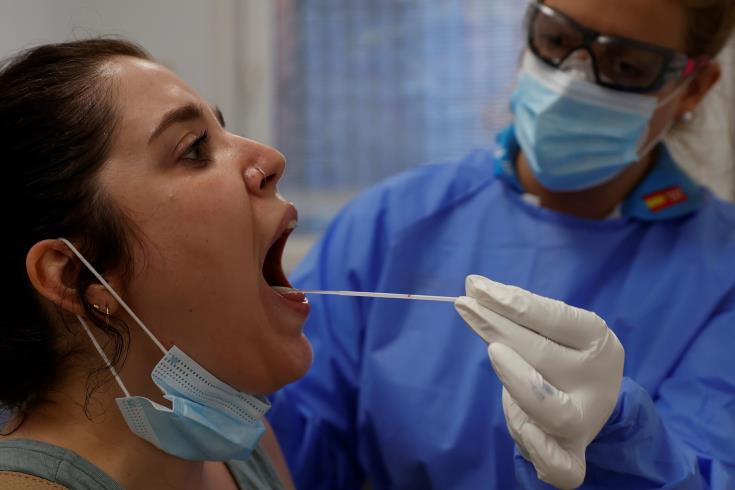 Cyprus’ Health Ministry announced that the Mediterranean Hospital of Cyprus in Limassol has been temporarily suspended from COVID testing on Wednesday following the false positive tests in a group of passengers who arrived at Paphos airport.

The false tests were announced on August 24.

A new revised catalogue of labs that have permission to conduct tests has now been made public.

The hospital in an announcement said it had launched an internal probe and that it seems that the incident may be due to contamination of the reported samples on that day from an existing positive case.

The Ministry in an announcement earlier today said that the repeat tests on 30 coronavirus cases showed that out of 27 results so far only one person tested positive.

The Ministry of Health has expressed its sincere apologies to the affected persons for the upheaval and inconvenience caused.

It noted that due to the large number of positive cases in just one day from flights arriving at the same airport, the 30 persons were submitted to a repeat test.

Investigations indicated that the samples had probably been cross-contaminated during processing.

The 30 cases were 17 from Mykonos, 10 from The Netherlands, two from Britain, and one from Croatia.

Clinical Labs Supervisor Carolina Stylianou told CNA that this was a sad and unfortunate situation and expressed hope that it won`t happen again.

She added that the authorities immediately responded to the situation to safeguard that affected passengers experience the least possible inconvenience from that point onward.

By In Cyprus
Previous articlePompeo in UAE says hopeful to build on UAE-Israel accord momentum
Next articleTen new coronavirus cases detected out of 3,207 tests