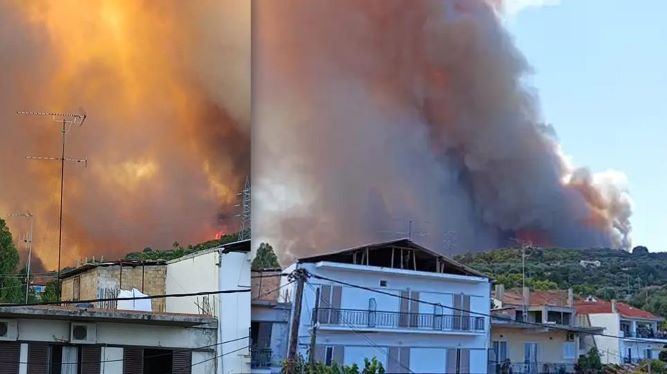 Α massive blaze was burning out of control late afternoon in the province of Achaea in western Greece, part of the Peloponnese. The forest fire forced crews to evacuate four small communities near the coast as well as a nearby beach.

Worst hit was the evacuated community of Ziria, a community of one thousand people that was reportedly completely gutted by the fire with more than ten homes destroyed.

A local official accused the fire service of being too slow to react, virtually leaving the village to its fate.

Here’s a video from the area: