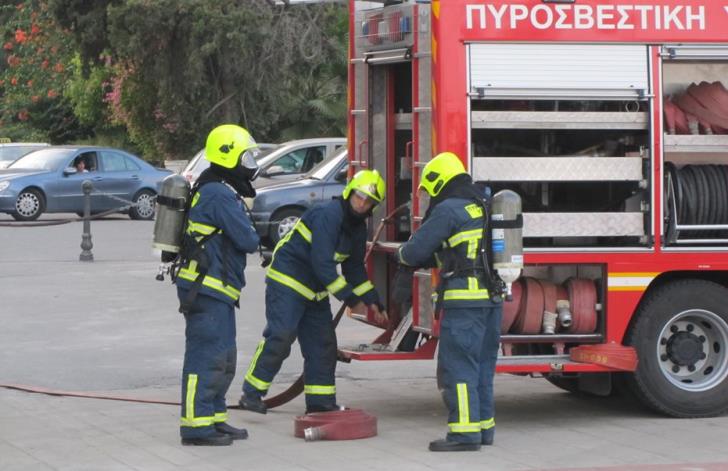 A man suffered burns on his hands and feet when a fire broke out while he was at home with his children, on Sunday morning in Limassol. The fire was put out by the local Fire Service.

The owner attempt to extinguish the fire before the Fire Service arrived and suffered burns on his hands and feet. He was treated by firefighters before being taken to Limassol Hospital by ambulance.

The fire caused extensive damage to the kitchen. The heat and smoke affected a large area of the house causing damages to electronic devices.

The family dog was found dead in the house, apparently from inhaling smoke.

The fire started from the heat of an oil heater which caused a nearby oil container to burst into flames.