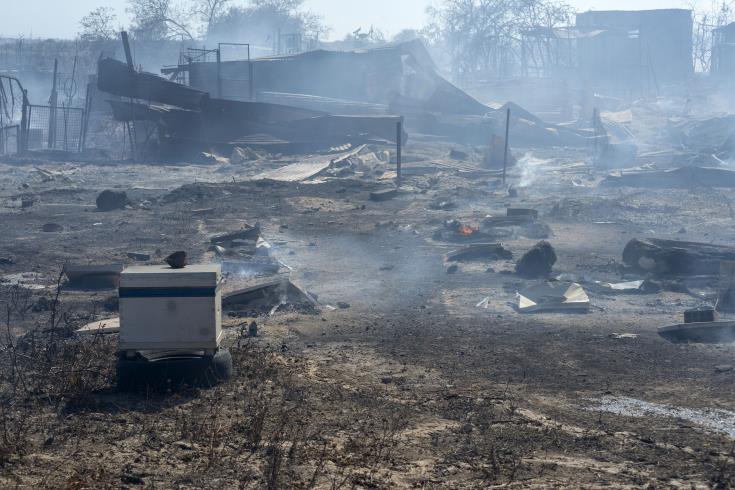 A 51 year old Romanian was remanded in custody for two days on Tuesday by the Limassol district court in connection with a huge fire near Ysponas, Limassol, last Saturday.

The suspect has admitted to being near the scene at the time but said he was working on the roof and when he saw the fire had tried to put it out with two people unknown to him.

A 43 year man, employer of the Romanian has been in police custody since Sunday. He denies taking the contract, saying he was owed money,

Both men are being held as suspects in causing a fire through negligent and reckless acts. A woman was also arrested, charged with giving false information and released.

The fire burnt half a square kilometre of wild, low vegetation, a number of carob and olive trees. It also destroyed a shed with animals and parked cars.