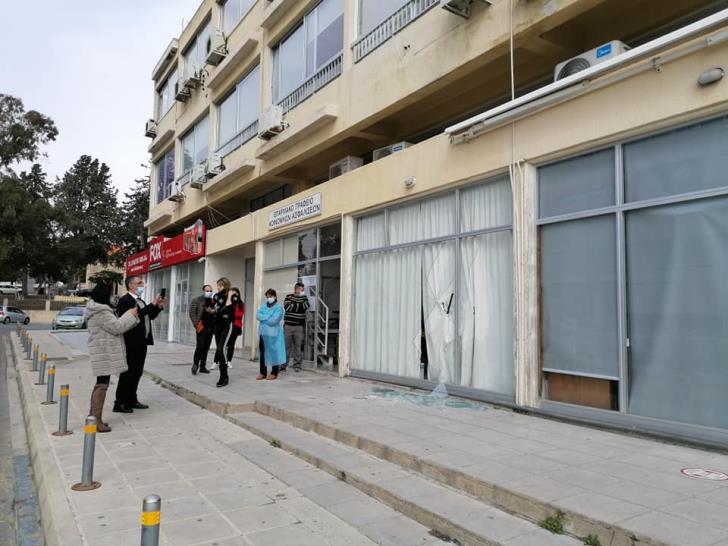 A man waiting for a long time at the Social Insurance office in Paphos due to the increased security measures being implemented, was asked to wait for his turn outside the office.

The man lost his temper and grabbing a chair he threw it on the office’s glass window breaking it and causing a turmoil.

The officers of the government office informed the Police, members of which arrived to the scene and arrested the man. He was taken to the Police station where he was accused in writing and later released.