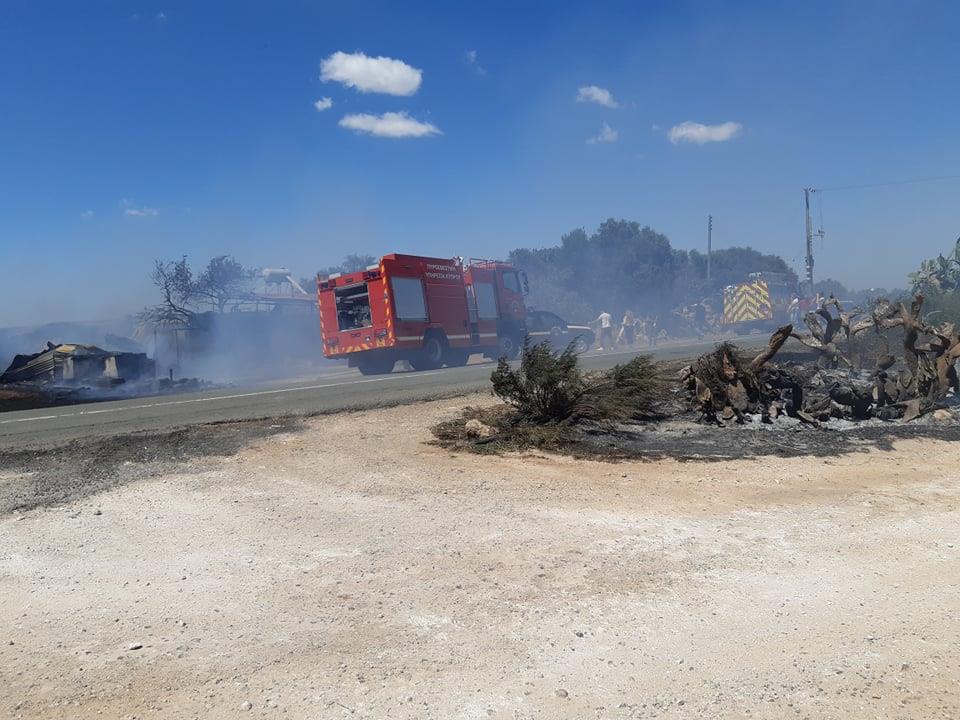 A dramatic effort by a strong ground fire fighting force, a Russian Gamov helicopter and dozens of locals, brought a major blaze in the Achna area under control  early this afternoon.

The fire began from the Turkish occupied north, near the Saint Marina church where Turkish troops keep an outpost.

It crossed over the buffer zone very fast due to strong winds and burned down farms, animals, tractors and a wide area of shrubbery.

Meanwhile, a second front was burning two kilometers deep in Turkish-occupied area, behind the football ground of the abandoned Achna village.