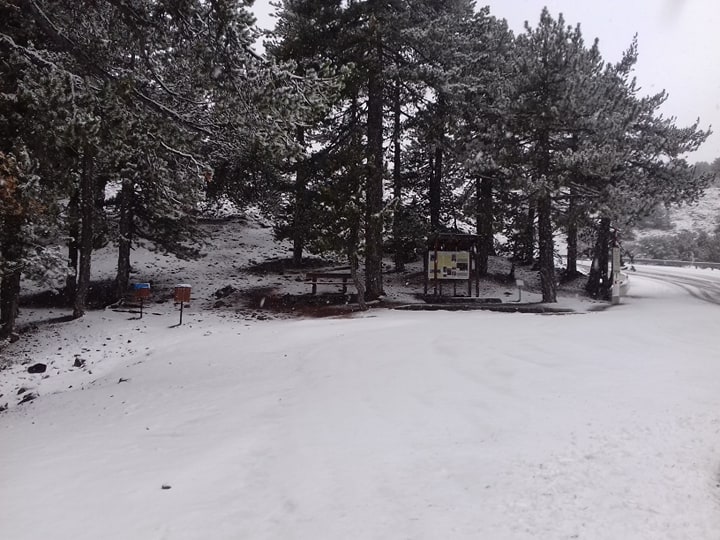 It will be cold and mainly fine today with temperatures in the higher mountains at zero throughout the day, falling to minus 6 tonight.

Strong winds in the morning will abate after 11 am while temperatures will be back to the seasonal average tomorrow.

Snow has fallen overnight and a number of mountain roads are open only to cars with four wheel drive or those equipped with snow chains.

A yellow alert issued by the Met Office yesterday warning of strong to near gale northerly winds is in force until 11 am today.

In its early morning weather bulletin, the Met Office said there will be be increased cloud in some places early on Friday but will soon become fine, remaining cold. Temperatures will be 11 C inland, around 13 C on the coasts and 0 C in the higher mountains. There will be frost in the mountains and semi-mountain areas locally.

Tonight will be mainly fine and cold. Temperatures will fall to 1 C inland, around 5 C in the east and north coasts, around 3 C on the west and south coasts and -6 in the higher mountains. There will be frost in the mountains and semi mountain areas and possible in some areas inland.

Saturday and Sunday will be mainly fine but at intervals there will be increased cloud. There will be a gradual noticeable rise in temperatures to a little above average.

Monday will be partly cloudy and temperatures will edge up further.

The depth of snow at Troodos Square at the time of issue of the early morning bulletin was 80 cm.

Police said snow has fallen overnight and a number of mountain roads are open only to cars with four wheel drive or those equipped with snow chains.

Police said that the road network in the mountains is changing because of the wintry conditions and drivers are urged to consult police’s application or website to be informed before setting off.