Lyrid meteor shower peaks tonight and will be visible across Cyprus 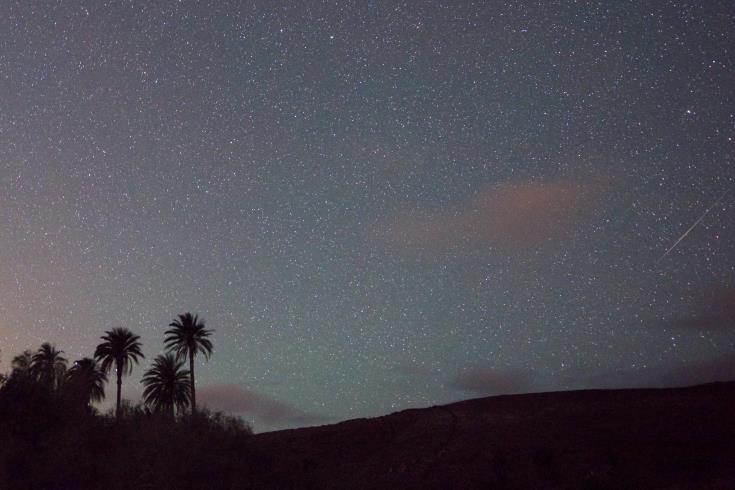 April’s ‘shooting stars’ known as the Lyrids appear every year on the night sky at a speed that reaches up to 50 km per second, President of Cyprus Astronomical Society Chrysanthos Fakas told CNA.

He said that the phenomenon lasts from April 16 to April 26, but invites everyone to walk out on their balconies this evening to watch, as the Lyrids will peak tonight until the early hours of Thursday.

“The spectacle will be visible all over Cyprus without exception,” he said.

According to NASA, the Lyrids, named after the constellation Lyra, are one of the world’s oldest meteor showers and have been observed for around 2,700 years.

During their peak, 10-20 Lyrid meteors can be seen per hour.

Fakas said that everyone should turn off their lights and step out to watch, explaining that tonight is an especially good night as regards visibility because the sky will be moonless.

“We have a new moon at this time, tonight and tomorrow, so the sky will be moonless because we are headed towards the new moon. There will be no light from the moon in the sky tonight,” he explained.

According to NASA, “meteors come from leftover comet particles and bits from broken asteroids. When comets come around the sun, they leave a dusty trail behind them. Every year the Earth passes through these debris trails, which allows the bits to collide with our atmosphere where they disintegrate to create fiery and colourful streaks in the sky.

“The pieces of space debris that interact with our atmosphere to create the Lyrids originate from comet Thatcher, discovered on 5 April 1861 by (astronomer) A. E. Thatcher.”

By Josephine Koumettou
Previous articleMinistry says ‘number’ of repatriation flights from UK, Greece
Next articlePlan to relax measures next Tuesday; no decisions yet