Lute optimistic about possibility to convene an informal meeting on Cyprus 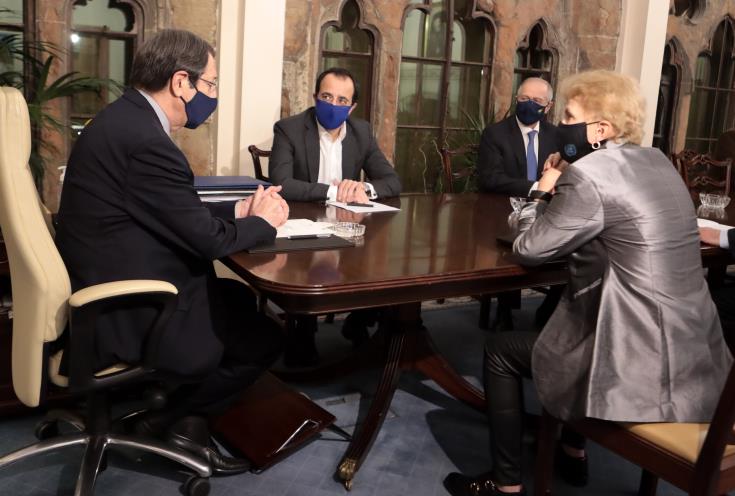 According to CNA sources, Lute seems to be optimistic after the meetings she held on Tuesday with the leaders of the two communities in Cyprus, that despite the different approaches of the two sides, an informal meeting on Cyprus will be convened.

Lute met yesterday with the President of Cyprus Nicos Anastasiades and the Turkish Cypriot leader Ersin Tatar. Her next stop is Athens, where she will meet with the Greek government. She will then hold meetings and have contacts in both Britain and Turkey.

According to the same sources, when she concludes her meetings with all the parties involved, Lute will make an assessment of the whole situation and will submit it to the UN Secretary General, who will then take the final decisions refarding the continuation of the process. The goal is for the informal meeting to take place in January.

By gavriella
Previous articleEducation Ministry: 555 and not 1,000 COVID-19 cases in schools
Next article‘We’ll be ready’: Brussels airport runs mock tests for vaccine distribution