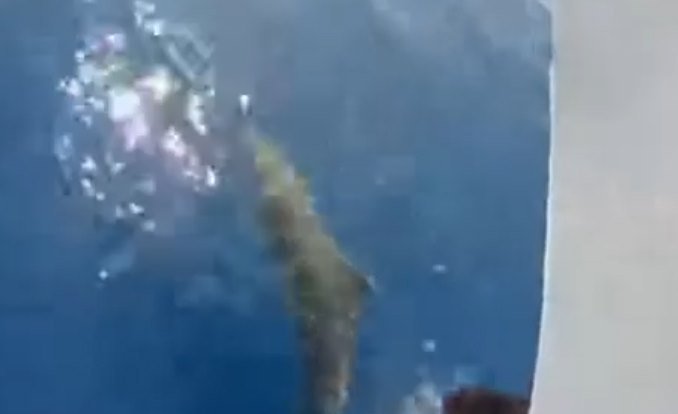 Excursionists enjoying a mini cruise aboard the Oceanis were charmed by a playful dolphin which followed their boat during a trip off Larnaca, CyBC reports.

It said that the dolphin has been making a daily appearance next to the Oceanis, apparently enjoying the Greek music played on board, throughout last week.

According to CyBC the dolphin is believed to frequent the area near the Zenobia wreck because of the abundant fish there.