Limassolians rushing to get tested for Covid-19 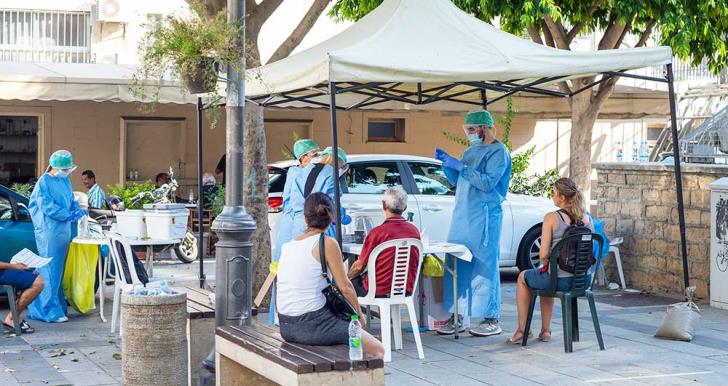 Office call centres of Limassol’s GP’s have caught fire as citizens exhibiting at least one Covid-19 related symptom call them up asking for testing referrals to public health clinics as according to estimates from experts there may currently be over 1,000 undetected active corona virus cases there, something that has understandably alarmed citizens doctors told Philenews.

Based on the numbers, in the 1,738 sample testing that was carried out and completed by Sunday night, more than 20 cases had been detected, which means that one in 86 who have already been tested, tested positive for the virus.

Professor Leontios Kostrikis was clear when speaking to the media, stating that he estimates based on the data for the city of Limassol from Sunday that “statistically there may be 1,000-1,500 carriers of the virus” currently.

He even appealed to the people of Limassol to pay special attention and behave responsibly in order to avoid the further spread of the corona virus in the city in the next 10-15 days.

Just hours after the professor’s statement, the Ministry of Health announced five new cases of the corona virus, which, among other things, revealed at least one other active virus transmission chain in Limassol, which appears to have as a starting point a supermarket in the city where as we are informed four more cases have already been detected.

In the meantime, a military camp in Nicosia has been in quarantine since Saturday, after a corona virus case was detected.