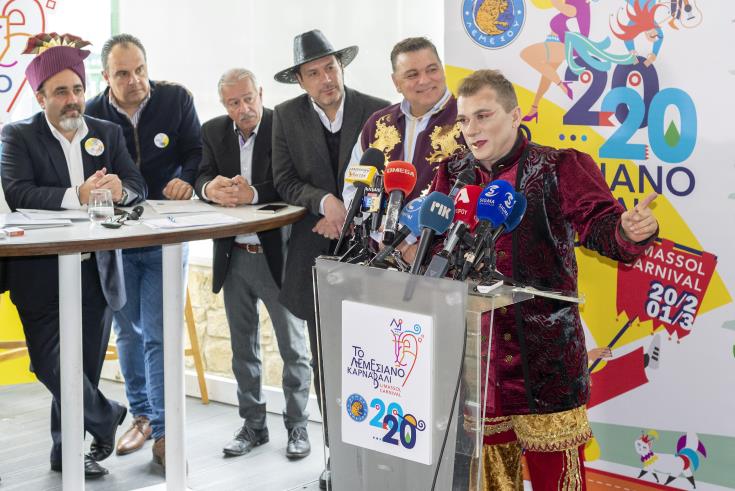 The Limassol Municipality presented the programme for this year’s Carnival celebrations in an event held earlier today at Limassol marina, CNA reports.

Events will begin on February 20 and will last 11 days, culminating with the Grand Carnival Parade on March 1.

Deputy mayor Nicos Sykas — filling in for the mayor who was absent for bereavement reasons — told attendees that this is the 2nd year of implementation of the Carnival Strategic Plan, that aims to upgrade the celebration as a cultural product and place children at its epicentre.

“Our carnival is one of the 10 best and biggest in the world, made unique by our ‘kantadori’ choir, our floats, as well as the public and all the volunteers,” Sykas said.

This year’s Carnival King, choreographer and actor George Nicolaou, will enter the city on his float in a grand ceremony on ‘Smelly Thursday’ (Tsiknopempti) February 20. The parade will finish at Heroes Square where participants are invited to attend a grand party with dancing and singing.

One of this year’s innovations will be the marching of the Carnival King’s float down the coastal avenue during the Children’s Parade on Sunday February 23, while upgrades have also been made in the event’s infrastructure like improvements to the sound transmitted from speakers.

120 teams of which 95 have their own floats will be participating at the Grand Carnival Parade on Makarios III Avenue, while this year’s participants are expected to exceed 25,000.