Limassol: Protest in support of homeless 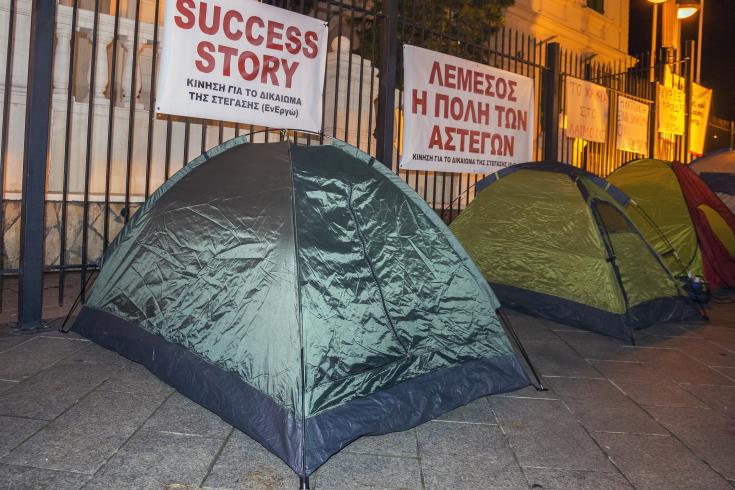 Tents have been set up outside Limassol district office as members of the Movement for the Right to Shelter stage a 24 hour protest.

The Cyprus News Agency said that the protest started on Saturday night and some of the protesters spent the night in the tents.

Coordinator Lefteris Georgiou said that the protesters were advocating for human dignity for the homeless.

“We see a lot of pain,” he told the news agency, adding that the aim was to help those who were without a roof and faced financial problems.

The Movement is being registered as an association ‘En Ergo’. Its president lawyer Elina Zoe said the aim was to encourage citizens to be move active in pursuit of their rights.

The association is focusing at the start with the right to shelter and will then continue with other individual rights such as health and education, she said.

Representatives from AKEL, EDEK, the Greens and Animal Party Cyprus attended the protest and expressed support.

By In Cyprus
Previous article€6.6b from citizenship scheme: breakdown of investments
Next articleDrunk driver arrested after accident in Paphos