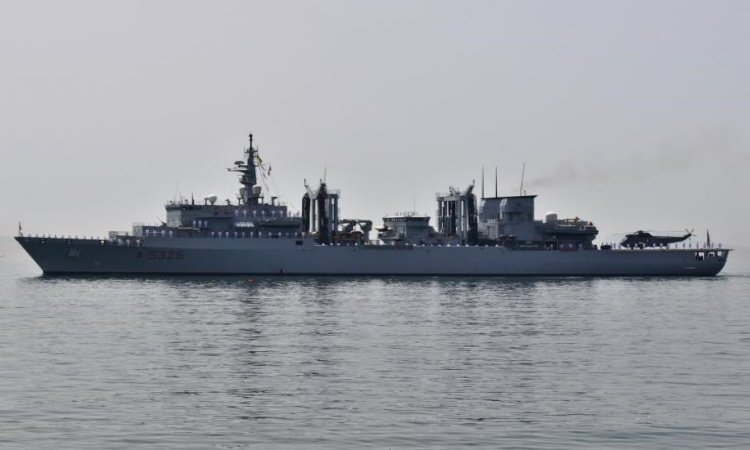 The Italian Command and Support Ship Etna docked at the Limassol port on Tuesday morning.

According to the Cyprus News Agency, the warship’s arrival at the Limassol port was part of the 2019 training campaign for 119 cadets of the second naval class of the Naval Academy.

Etna has started its training campaign for the cadets of the second naval class of the Naval Academy Sunday, July 21st leaving from the port of Taranto and, after a call on the ports of Tangiers, Barcelona, Tunis, Piraeus, Istanbul, and Haifa, will dock in the port of Limassol for its last foreign stop, which will mark the end of the 2019 Training Campaign for the cadets, which will return to the port of Leghorn on September 21st.

Etna will remain at the Limassol port until Friday, September 13th and returns to Livorno on September 21st.

During its stay at the Limassol port, the Etna Ship will be open to the general public on Thursday September 12th from 14:00 to 18:00. Visits should be booked a day in advance by contacting the Defense Attaché Office of the Embassy of Italy in Nicosia (providing personal details and id card) in order to access the Terminal of the Limassol Port: [email protected]

During its stay in Limassol members of the Italian embassy will meet with Limassol Mayor Nicos Nicolaides at 10:30, a press conference will take place at 15:00.