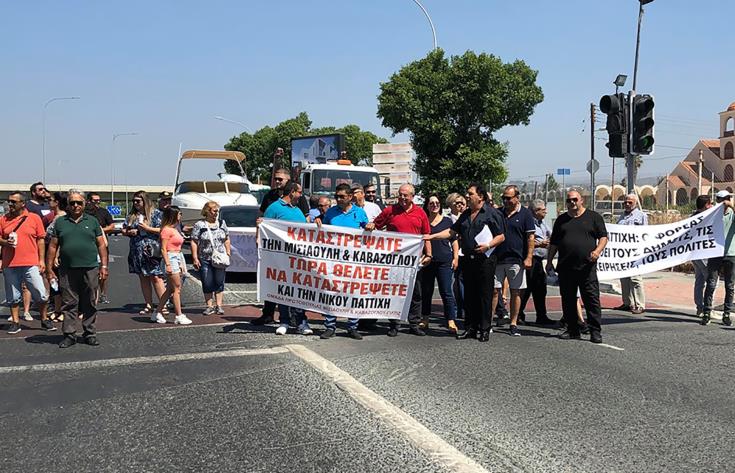 Shopkeepers of Limassol’s busy Nicos and Despina Pattichi Street said on Saturday they plan on taking decisive action following a Transport Ministry announcement on Friday that the construction of a traffic island on the street will go ahead as planned, the CNA reports.

General secretary of shopkeepers union Povek Kyriacos Moustakas has told CNA that the union “strongly disagrees with the Ministry’s decision and will decide on countermeasures at 1 pm on Monday.”

“Our decisions will be announced at the end of the meeting,” Moustakas added.

The Transport Ministry confirmed in an announcement yesterday that plans to build a traffic island on Nicos and Despina Pattichi Street are final and necessary for road safety and to prevent serious and fatal traffic accidents there.

But shopkeepers in the area oppose the plans as they believe that their economic survival is at stake. They have argued that this will ruin business for them as parking spaces on the road are limited.

The Ministry said in its Friday announcement that construction for the traffic island will begin this month.

It said that the street is a primary road with four traffic lanes and has been facing road safety and congestion issues that competent authorities have been trying to resolve for years through a compromise.

“Our decision to implement this project has taken into account police data, namely that 619% more traffic accidents occur on four-lane roads without an island compared to those with an island,” the Ministry noted, mentioning that 206 possible accident points have been recorded on the road.

It also said that for the period 2009-2020 a total of 704 road accidents took place on the street, of which 303 involved injuries and two were fatal.

“By building the island we want to prevent the illegal right turn — which is in effect anyway — which all competent parties agree with, and which local residents and users of the street demand,” it was further noted.

The Ministry also said that initial planning has been modified to take into account the shopkeepers’ concerns, mentioning that parking spaces will be created along the road where the width allows and that a zebra crossing will be added on Chr. Ergatoudi Street to allow pedestrians to cross from and to the car park by the Ayios Georgios church.

“We will also build a car park for 25 vehicles south of the Ayia Fylaxi roundabout. In addition, we call on land owners and shopkeepers who would like to contribute to the creation of parking spaces in front of their property to contact the Department of Public Works so that this can be promoted during the execution of works,” the announcement concluded.