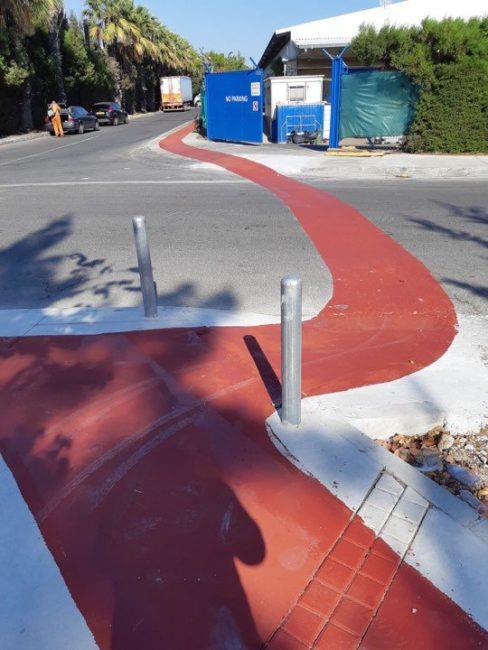 New bicycle lanes zigzagging on and off the pavement in a Limassol neighbourhood took not only the general public by surprise, but the Limassol Municipal Council itself, one of its members told Radio Active on Monday.

Pictures of the bizarre lanes have gone viral online, generating much amusement although Limassol Municipality has told cyclists not to use them and has launched an investigation.

Harris Evripidou, who chairs the EU Affairs Committee at the municipal council said that Limassol has considerable experience in handling millions in EU funds, thanks to which the centre of the town has been revamped.

But the new cycle lanes are an embarrassment to the city, he said.

He acknowledged that due process had not been adhered to after a certain point in the project, and there had been no decision by the municipal council or the tenders committee deciding on an alternative route.

Nor had local authorities secured the agreement of the Department of Public Works or the Traffic Body, both of which are necessary.

The initial design as approved did not resemble what has been photographed, he said. Repairs will be made so avoid accidents, he added.

The municipality has appointed an officer to probe the issue.

By In Cyprus
Previous article
EU: ‘restrictive measures’ for those involved in illegal drilling in Cyprus’ EEZ
Next article
Britain’s government set out its agenda in Queen’s Speech