Limassol 11th, Nicosia 15th out of 70 EU cities in methamphetamine use 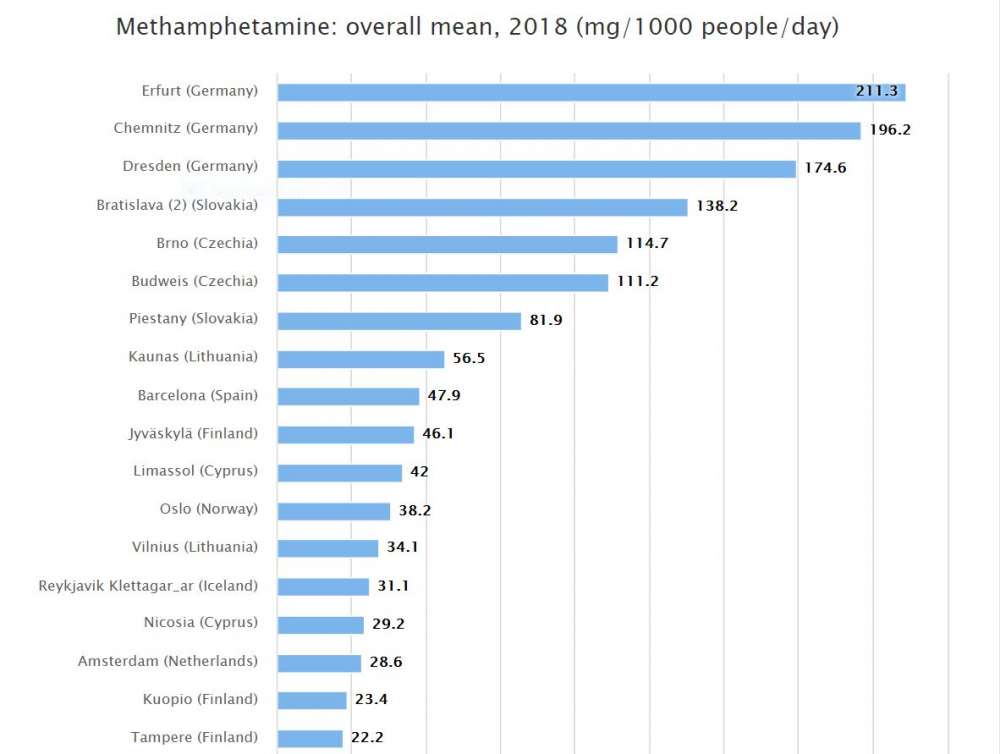 Significant amounts of methamphetamine were traced in wastewater in Cyprus in 2018, a European Monitoring Centre for Drugs and Addiction (EMCDDA) report shows.

The EMCDDA in cooperation with the Sewage Analysis Core group – Europe (SCORE) analysed wastewater in 70 cities in 20 EU countries to explore the drug taking habits of those who live in them.

Wastewater samples are analysed for the urinary biomarkers of the parent drug for amphetamine, methamphetamine and MDMA and for the main metabolite of cocaine (benzoylecgonine).

In Cyprus, they analysed wastewater in Nicosia and Limassol.

“Methamphetamine use in the EU is generally low and historically concentrated in the Czech Republic and Slovakia,” EMCDDA says, but “now appears to be present also in Cyprus, the east of Germany, Spain and northern Europe.” 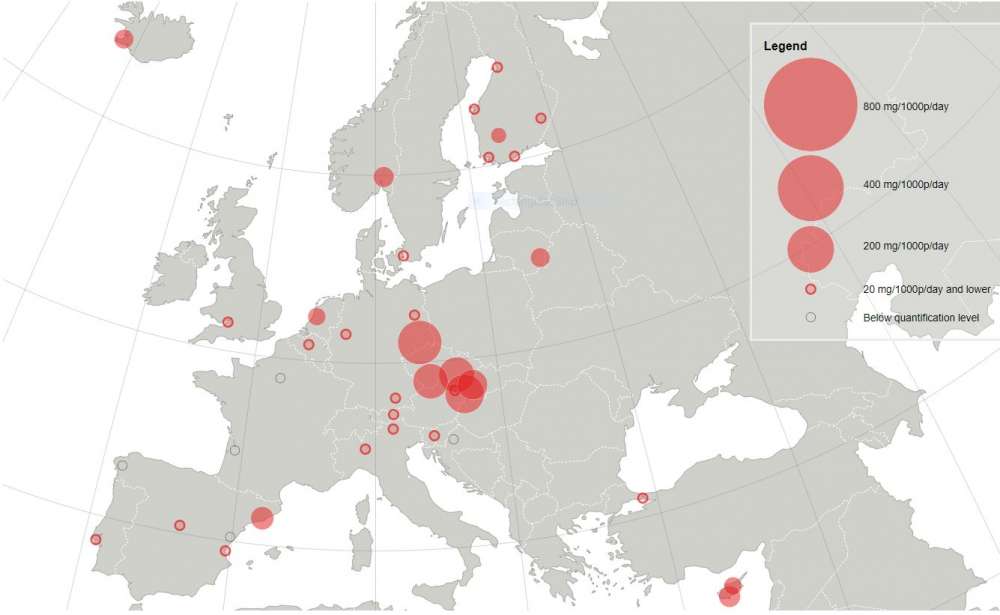 The highest loads of MDMA were found in the wastewater in cities in Belgium, Germany and the Netherlands.

Cocaine use remains highest in western and southern European cities, in particular in cities in Belgium, the Netherlands, Spain and the United Kingdom, the report showed.

Very low levels were found in the majority of the eastern European cities studied, but the most recent data show signs of increases.

No results for cannabis are reported because cannabis use is estimated by measuring its main metabolite (THC-COOH), which is the only suitable biomarker found so far, but is excreted in a low percentage.

In addition to geographical patterns, wastewater analysis can detect fluctuations in weekly patterns of illicit drug
use.

More than three-quarters of cities show higher loads of amphetamine, BE and MDMA in wastewater during the weekend (Friday to Monday) than during weekdays.

In contrast, methamphetamine use was found to be distributed more evenly over the whole week.

By In Cyprus
Previous articleTwo women arrested in Limassol on suspicion of embezzling €120,000
Next articleLimassol in 86th place on Mercer’s Quality of Living ranking