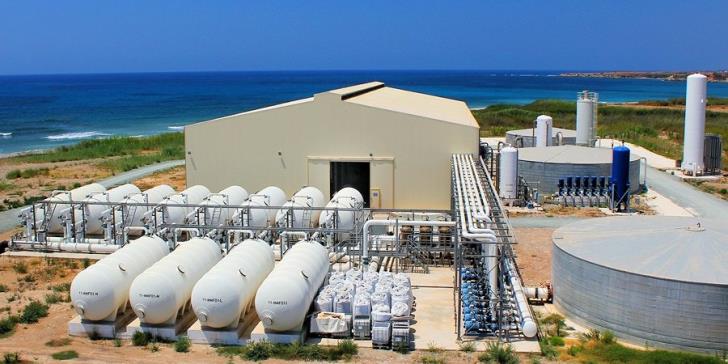 Licences for the operation of small desalination units are to be given to private businesses in an effort to alleviate the problem of water scarcity in Cyprus.

The Council of Ministers decided yesterday that the Ministry of Agriculture should proceed with granting licences to private businesses to operate small desalination plants.

As Agriculture Minister Costas Kadis stated hoteliers and farmers have long expressed such an interest. Private desalination units can provide water for water parks, hotels, farms and golf courses. This is especially important in the cases of golf courses and large cultivations, since the government can only cover 25% of their needs in irrigation.

According to calculations, Cyprus is covered for irrigation purposes for 2019, but if the drought continues, then there will be a serious problem in the future. Kadis stated that tenders will soon be announced for a mobile desalination unit in Paphos that will start operating in May 2019 and for a fixed unit in the city that will be operational from 2020. There will also be an expansion of the existing units in Limassol.

In October the Minister of Agriculture will lead a large delegation of officials in Israel where has been invited by his Israeli counterpart for a presentation of the new Israeli water management systems.