A unique musical evening took place at the Heritage Private School, on Friday 11 November 2022. The collaboration of the Greek and Music Departments resulted in an emotional and memorable journey of the most significant and poignant moments of Greece’s history and musical creators, specifically within the time period between 1930 and 1970.

The well-rehearsed orchestra and five singers began this musical journey from the songs of Attik, in the 1930’s, followed by the most representative melodies, by Xarhakos, Hadjidakis and Theodorakis, among others. These songs were presented by a group of nine narrators from multi-cultural backgrounds as a well-choreographed piece, including poetry, movement, prose and Greek dancing, describing the life and times of these composers. The evening ended on a very special, high note, when the students danced and sang to the well-known, classic piece of Dionysis Savvopoulos “Let the dances continue”. The narrators danced their way into an overjoyed audience, taking them along onto the dance floor.

The Head of the Music Department and maestro, Ms Elena Christou, made the musical arrangements and trained the singers. Ms Tania Patrikiou, teacher of Greek and History, wrote the script and directed the narrators, while Ms Irene Loizides, Head of the Greek Department played an integral role of support during rehearsals and preparations.

The evening was indeed a resounding success. Through evenings such as these, the students not only learn the beloved classics of the past and their history, but also participate in a creative, multi-disciplinary experience, which brings out talents they discover for the first time.

Congratulations are due to all who contributed and to our Secondary School Headteacher, Ms Elena Smilas and director Dr Kouris, who always promote and fully support these endeavours.

Such musical evenings uplift the cultural standards of the school and convey messages of peace and hope.

As Savvopoulos suggests in his joyous song – Until next time…let’s keep the dances going…let’s gather and enjoy ourselves! 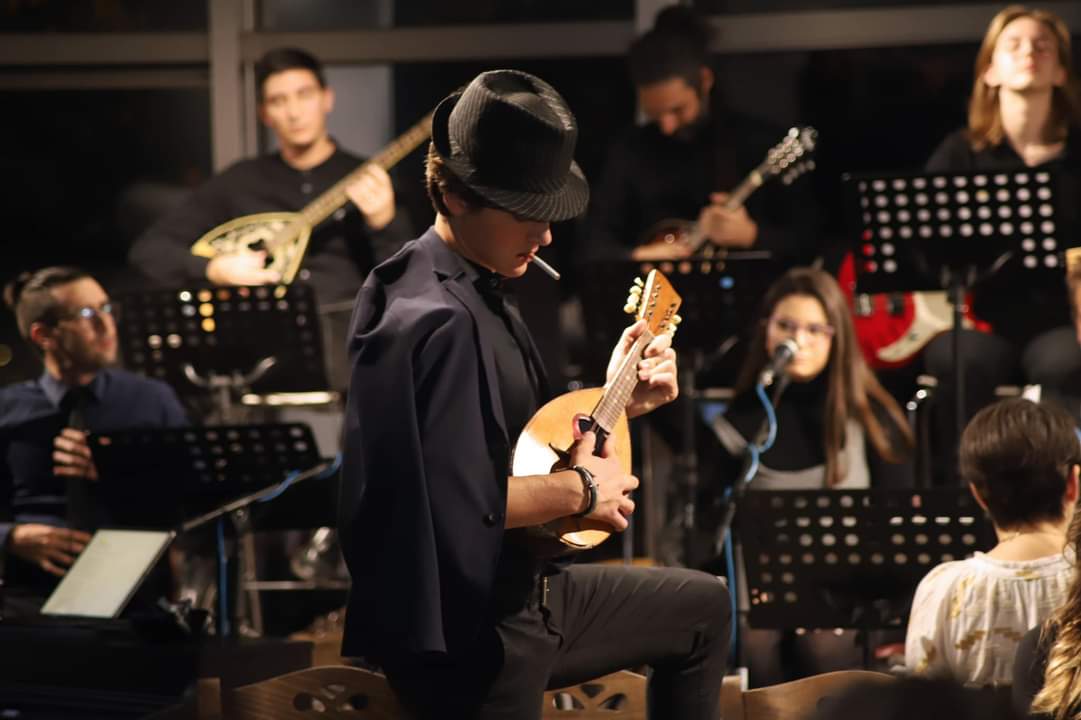