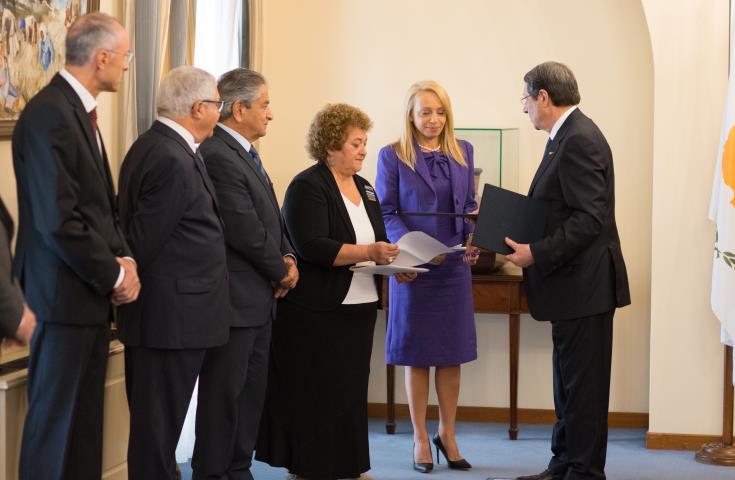 Two new Commissioners, the Legislation Commissioner and the Commissioner for Children’s Rights were sworn in on Thursday, at a special ceremony which took place at the Presidential Palace

Addressing the ceremony,  President Nicos Anastasiades said the two posts are of “key importance” in relation to upholding and implementing the principles and values of rule of law and respect of human rights.

The responsibilities of the Legislation Commissioner have to do with preparing and submitting proposals for the simplification and modernization of national legislation, adhering to and upholding the Republic of Cyprus’ obligations at a local and international level, on the basis of Conventions it has ratified, he explained.

The Children’s Rights Commissioner’s responsibilities, as an independent body, have to do with defending, guaranteeing and promoting the rights of children, he added.

New Children’s Rights Commissioner Despo Michaelidou Livaniou, who until recently served as a Supreme Court Justice, said she undertakes her duties in full knowledge of the weight of responsibility she will have to carry.

New Legislation Commissioner Luisa Christodoulidou Zannettou, who until recently worked as an Attorney of the Republic, said she will do her utmost to undertake the post entrusted in her by the President successfully.

By In Cyprus
Previous articleFinMin accepted applications for 6-year bonds of €4.94 m
Next articleUber makes JFK airport helicopter taxis available to all users