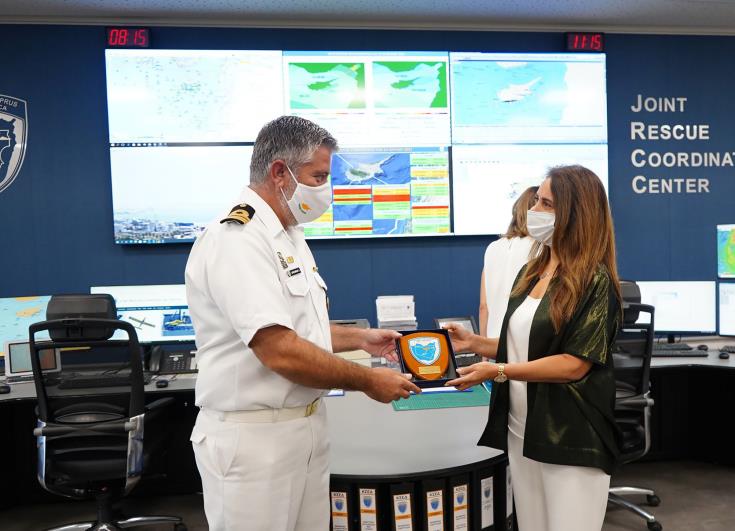 Defence Minister and Deputy Prime Minister of Lebanon Zeina Akar visited on Saturday the Joint Rescue Coordination Center in Larnaka and was briefed about its role in the region of the Eastern Mediterranean and its mission and operations.

Akar who is in Cyprus on an official visit yesterday met with Ministers of Defence and Foreign Affairs and was received by the President of the Republic.

By gavriella
Previous article
Where to get a free rapid test on Sunday, 25 July
Next article
Justice Minister Drakou abstains from her duties due to accident