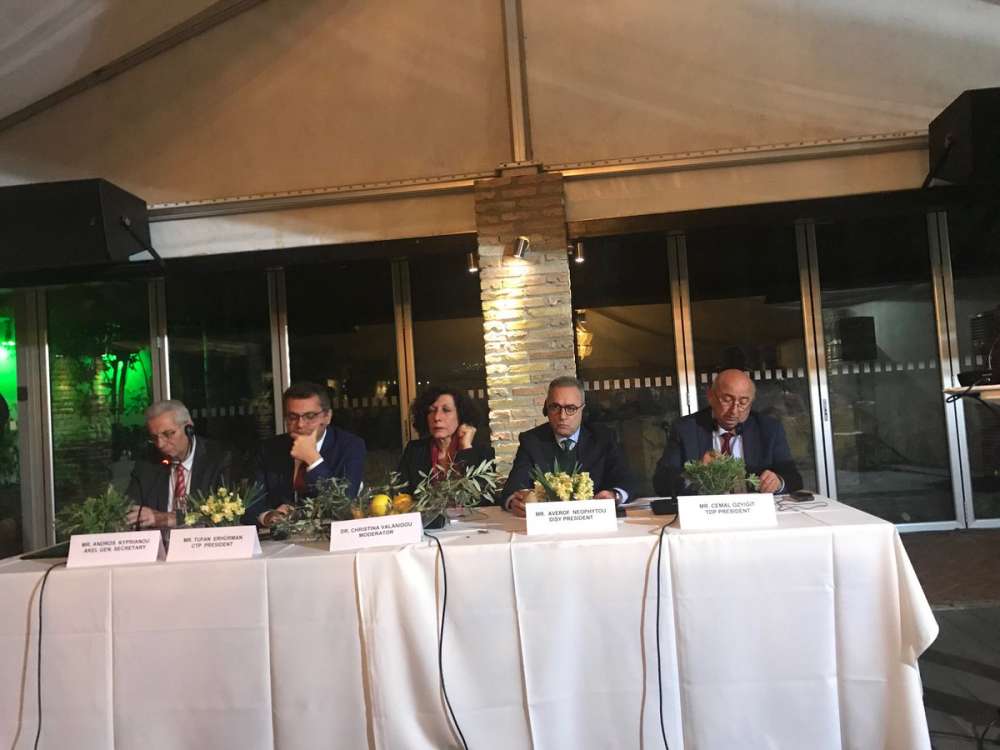 The heads of four political parties, namely President of the Democratic Rally Averof Neofytou, AKEL General Secretary Andros Kyprianou, and the leaders of the Republican Turkish Party and the Communal Democracy Party, Tufan Erhürman and Cemal Özyiğit respectively, have expressed their support to a solution of the Cyprus problem on a federal basis.

All four were keynote speakers at a bicommunal discussion organised on Tuesday evening by the Bicommunal Peace Initiative – United Cyprus, titled “Reunification through federation – rebuilding a peaceful future for Cyprus.”

Neofytou said that without political equality and the effective participation of Turkish Cypriots, a solution could not be achieved, and thus expressed his support to a proposal put forward by President of the Republic of Cyprus Nicos Anastasiades for the decentralisation of authorities, with the central government maintaining as many as it needed to secure a state entity.

He noted that a strong federation in his opinion would guarantee a single international identity, a single sovereignty and citizenship, a single economy and currency, the four fundamental freedoms, a single exclusive economic zone and a single air space. Everything else, Neofytou said, would have to be discussed.

Neofytou also referred to issues of security and pointed out that the concerns of both communities would have to be taken into consideration, adding that, as a member of the EU, any foreign guarantees had no place.

Kyprianou called on President Anastasiades to clarify which powers of the central government would be transferred to the constituent states, saying that his party did not oppose a decentralised federation as a principle. The question was, he said, which powers and authorities would be transferred from the central government to the constituent states.

Referring to the EastMed pipeline, Kyprianou expressed concern over statements made by President Anastasiades and pointed out that the issue of natural resources had already been agreed on by the two sides in 2010.

Erhürman said political equality safeguarded a functional system and noted that if this was agreed, then the system would be strong.

Regarding the issue of hydrocarbons, Erhürman said that specific measures must be taken to ensure that the natural resources act as a catalyst for a solution and reiterated his position that if the Greek Cypriot side pursued its efforts in this field, there would be conflict.

Erhürman said the two communities should share the natural resources and pointed out that a solution was attainable and what was needed was determination and political will.

Özyiğit said a solution of the Cyprus problem should be in line with the framework presented by UN Secretary General António Guterres, noting that the problem with a loose federation was that the two sides interpreted it differently.

He expressed the opinion that the two communities would not cease to strive for a solution and thus it was meaningless to say that the process had concluded. The process will restart, he said and expressed hope that the meeting of the two leaders, namely President Anastasiades and Turkish Cypriot leader Mustafa Akinci, would sound the beginning of a fairly short process which, taking into consideration the convergences achieved already, would lead to a solution.

Özyiğit also said there could be a conflict over the hydrocarbons, which could also affect Cyprus. For this reason, he said, there should be a single exclusive economic zone and thus effective participation and a single vote should be discussed.

Head of the European Commission delegation in Cyprus Ierotheos Papadopoulos said that Cyprus’ accession to the EU was the best guarantee for the safe, peaceful and prosperous coexistence of all Cypriots.

Papadopoulos said the Commission supported UN efforts aiming at a solution, adding that the Commission’s proposal for the EU Budget for 2021-2027 took into consideration funding for the reunification of the island.