Larnaca’s Zhuhuri mosque courtyard to be turned into a square 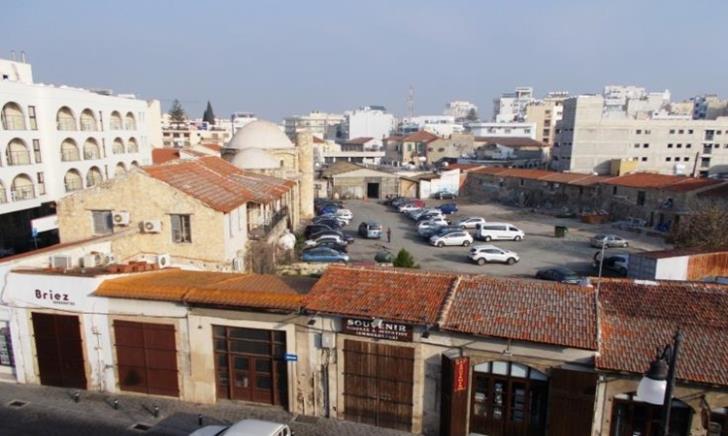 A €3 million EU grant will partly fund construction and restoration work in the courtyard around Zhuhuri mosque in the centre of Larnaca, planned for late 2019.

According to Larnaca mayor Andreas Vyras, this will be the second important project for the town centre, along with the creation of a new municipal market and the betterment of the road and square close to Larnaca’s Castle and Grand Mosque.

In a special ceremony last night the results of the architectural competition for the reconstruction of the courtyard and restoration of part of the Zhuhuri building complex were presented to the public. The principal researchers of the winning team, Iliana Socrati , Panagiotis Polemitis and Giorgos Onisiforou were awarded during the ceremony.

According to municipal architect Giorgos Theoclis, the project will include the maintenance of ground-floor buildings, mainly shops, on the eastern side. The interior courtyard of the Zhuhuri mosque will be restored in its entirety, including the restoration of the Turkish-Cypriot marketplace: the area will be paved and trees will be planted. All the exterior facades of the Zhuhuri mosque will be restored and redeveloped. Theoclis also noted that indoor spaces around the perimeter, which are not included in the regeneration works, could serve the recreational centres for the public.

Around €2.2 million out of the €3 million needed for the planned projects will be spent on restoration of the buildings. The rest will mostly go to research and planning of the workings needed for the ambitious restoration plans. It is worth noting that, for years, the Zhuhuri mosque courtyard and the former Turkish-Cypriot market were some of the parts of the Larnaca centre most affected from urban decay.

The preservation and restoration of the guesthouse located in the courtyard will be one of the major actions to be undertaken within the framework of the project. The guesthouse has been operating for many decades in Larnaca, but it has been gradually worn down. After its restoration the building is expected to become once again a point of reference for Larnaca, as a modern guesthouse.

In the future, the creation of a parking area and the redevelopment and landscaping of other spaces and streets near the center of Larnaca are in the works. The goal of is for the Larnaca city centre to become, in a few years, a pole of attraction for tourists, a centre of economic development, and a place of recreation for both locals and foreigners.