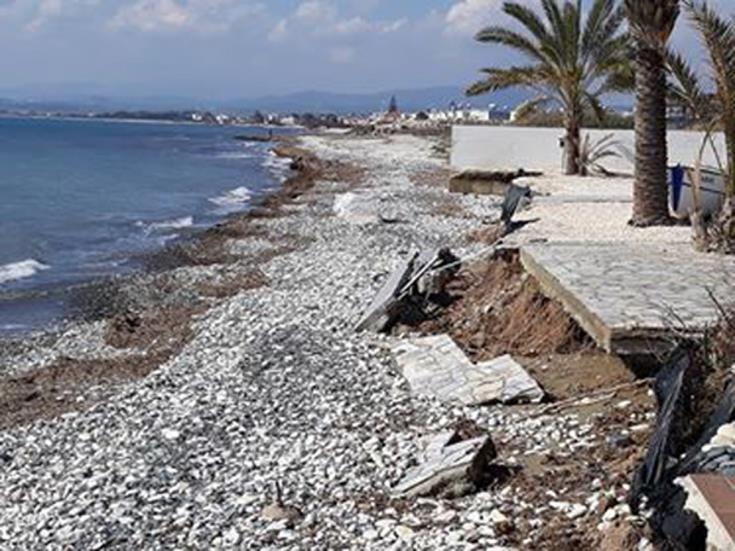 Larnaca’s Tourism Board  is asking the government to build more wave breakers in order to limit coastal erosion at Voroklini and Pervolia.

In a written statement, the board said that the district faced an extremely serious coastal erosion problem. This was most acute at Voroklini and Pervolia.

“We have raised the issue with the Transport Minister because it is a problem that must be resolved as a matter of urgency,” it added.

It said the erosion was not only creating problems for hotels, homes and other property but was also destroying Cyprus’ main tourist attraction — its beaches.

Voroklini, which is one of Larnaca district’s most important tourist areas, has already lost more than 23 metres of beach,  it added. Pervolia has lost 20 metres to coastal erosion, despite the six wave breakers already constructed.

As the community councils cannot contribute financially to such a project and given that coastal protection is the duty of the state, the government should include this project in the state budget, the board concluded.