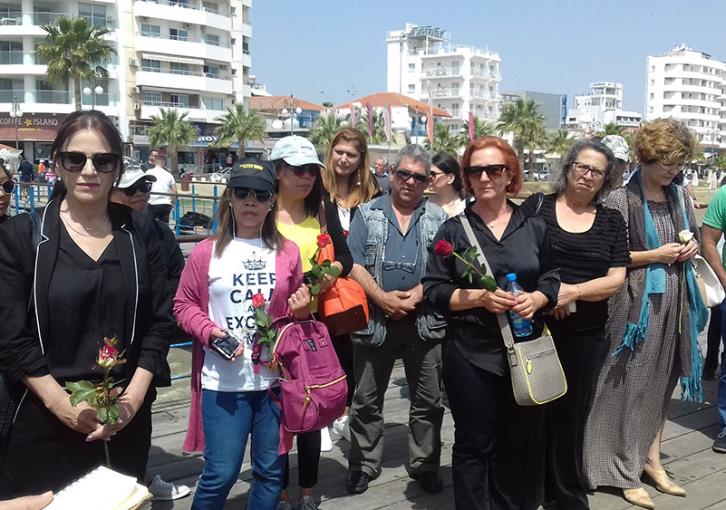 Larnaca residents on Saturday paid tribute to five women and two children victims of a murder spree which has left Cyprus reeling.

The event followed a spontaneous protest held outside the Presidential Palace in Nicosia on Friday evening.

It came as Nicosia district court ordered a 35 year old Greek Cypriot army officer remanded in custody for another eight days as a suspect for the murders. Police told the court they had a written confession from the suspect detailing the murders. 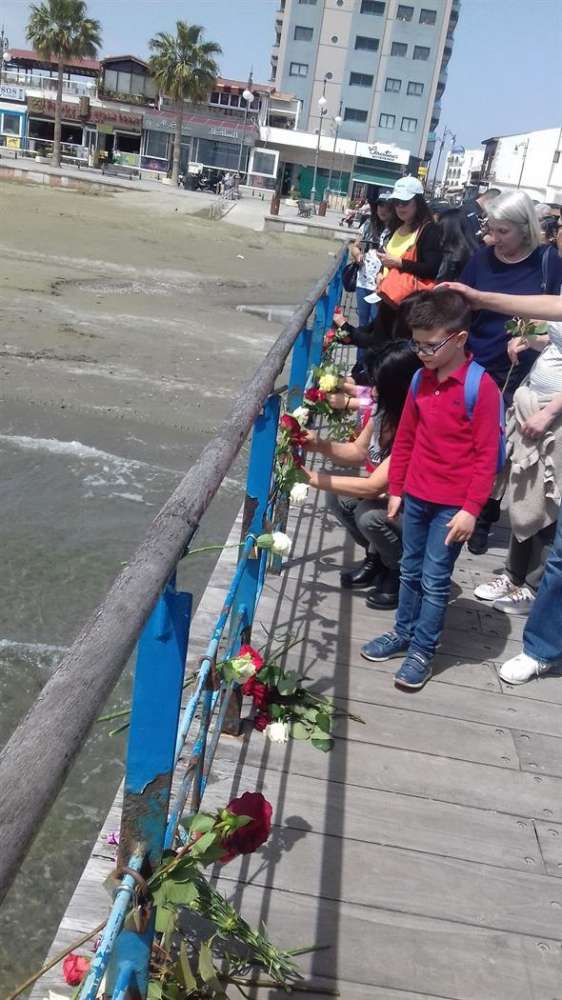 The bodies of three women have been recovered and intensive searches are underway in two lakes — at Xyliatou and Mitsero for four more.

In Larnaca, members of the public gathered at the small pier at Phinikoudes. They held a one minute silence in memory of the victims and placed flowers on the pier.

Taking part were scores of Cypriots as well as members of the Filipino community.  Also attending were Akel MPs.

The first victim, Marry Rose Tubierca, whose body for found in an abandoned mine shaft at Mitsero on April 14, and her six year old daughter whose body has still not been found, lived in Larnaca. 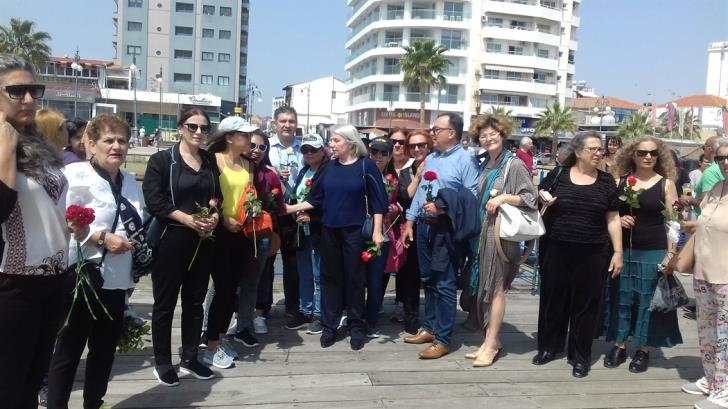