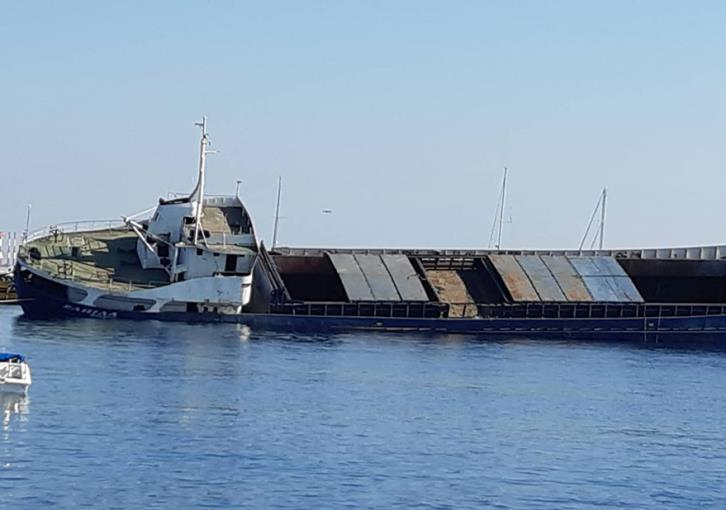 The Elpida was sunk off the coast of Larnaca this morning to create an artificial reef.

The boat was sunk in the sea some 2 km from the beach in front of the Palm Beach Hotel by the Fisheries Department in cooperation with the Larnaca Tourism Promotion Company.

Cyprus creates an artificial reef off its coast by sinking a cargo ship. The structure is expected to allow marine life to flourish and draw divers to drive tourism pic.twitter.com/0AXJgSu9TL

The project is 75% financed by the EU and 25% by the Republic of Cyprus through the European Marine and Fisheries Fund  2014-2020.

On Tuesday December 10 the LEFI is also scheduled to sink in the same area at a depth of 13m.

Authorities have sunk a number of vessels off the coast to create artificial reefs to promote Cyprus as a diving destination including off Dasoudi and Amathus in Limassol, in the sea off  Protaras and off Geroskipou.

By In Cyprus
Previous article
Colonial Architecture: The Kyperounda Sanatorium
Next article
Indian rape victim dies in hospital after being set ablaze