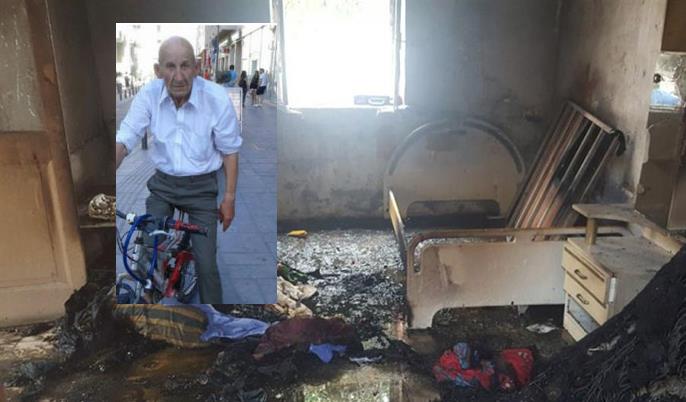 Larnaca-Famagusta Criminal Court on Thursday sentenced a 22 year old man to jail for 20 years after he pleaded guilty to killing Yiorgos Mavrommatis, 76, at his home in Larnaca in January last year.

The defendant has broken into the victim’s house in the early hours of the morning. But when Mavrommatis woke up, the defendant assaulted him, threw him to the ground, beat him, stamped on his chest and kicked him in the ribs until he died.

“The way the defendant killed Yiorgos Mavrommatis was not only unacceptable and unjustified but frenzied, cruel, brutal and inhuman,” the court said.

The defendant then stole a 50 euro bill from the victim’s pocket and set the matress on fire in order to cover his tracks. After leaving the house, he mugged a 96 year old woman and stole 30 euro.

In passing sentence the court said it had taken into consideration his clean record, his chaotic personal and family circumstances, his financial difficulties, his loss of self control, his young age, his health problems and his immediate admission during questioning.

The court also took into consideration the testimony of the psychiatrist at Nicosia Prison who has been seeing him and who said the young man had mild learning difficulties. The psychiatrist also said that the defendant had the ability to decide on his actions.

The court noted that the charge of manslaughter carries a maximum sentence of life imprisonment and highlighted the need for a sentence that will serve as a deterrrent.

It handed down a sentence of 20 years for manslaugher, eight for arson, five for burglary and five for robbery. The sentences will run concurrently.

“Had it not been for the defendant’s admission, his young age, his learning difficulties and other mitigating factors, the sentence would have been higher,” presiding judge Nicolas Santis said.

The victim’s body was found in his bed after fire services responded to a house fire. A post-mortem and blood tests revealed that he had died before the fire.