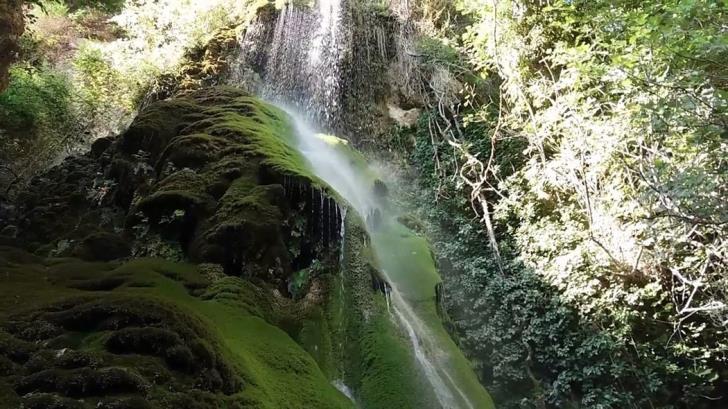 Despite the covid-19 pandemic and absence of tourist flows to Cyprus, the Paphos district community of Kritou Tera where its waterfalls have become a popular attraction since last year – and still are – worry over the unsafe road access there.

The community council reckons that from the beginning of June until today more than a thousand vehicles come and go to the waterfalls – on a daily basis, according to Philenews.

And they have appealed to state services to finally move forward with delivering what was agreed upon with Paphos authorities in a bid to make the crossing safer and avoid the worst.

A fire which threatened the community last Sunday highlighted the seriousness of the issue.

Head of the community Dervis Charalambous told Philenews that it was a blessing in disguise that the fire occurred in the upper part of the village.

“If it had broken out in the area of the waterfalls, which is essentially a closed area then the some 300 visitors (there) at the time would have been caught like mice in a trap,” he added.

“The flow of visitors to the waterfalls area this summer despite the pandemic is so big that the community council has already placed a meter on the road leading there, in order to make a study of the traffic in the area so that it can be managed better, and so that the necessary security measures are put in place as well as create the appropriate visitor infrastructures”, he also said.

Until the implementation of these works goes forward the situation created with so many thousands of visitors cannot be considered safe, he warned.

For this reason, the local council has placed warning signs stating that visiting the waterfalls is done at the risk of each individual alone and that the community bears no responsibility to what happens.

In addition, Charalambous said that with the massive traffic observed at the waterfalls on a daily basis a serious littering problem is observed as well.