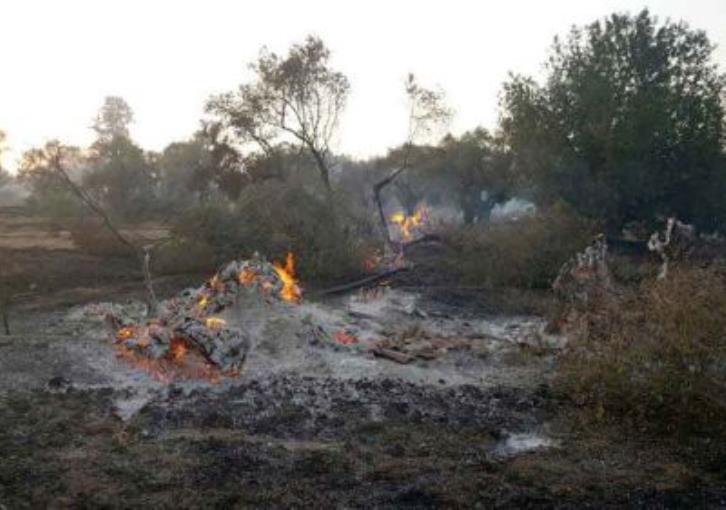 A fire that broke out yesterday near Diorios and the Maronite village Kormakitis in occupied Cyprus and expanded to Kapouti has been brought under control, according to the CNA.

According to reports, measures are being taken in the area while there are still some small fires in progress, and the Kapouti – Myrtou road has been closed to traffic.

A fire fighting aircraft of the Republic of Cyprus’ Forestry Department also contributed to the efforts yesterday after Turkish-Cypriot leader Mustafa Akinci reached out to President Nicos Anastasiades for help.

Maronite MP to the House of Representatives Yiannakis Moussas took to social media earlier this morning to thank all who contributed to containing the fire.

“I welcome the air help sent by the Republic of Cyprus and the positive stance of the Turkish-Cypriot authorities,” he said, while extending his gratitude to President Nicos Anastasiades, Turkish-Cypriot leader Mustafa Akinci and all who helped coordinate the effort.

According to philenews, the environmental impact of the fire is significant as many age-long olive trees have been destroyed.

Deputy community leader of Kormakitis Valentinos Koumettou told In-Cyprus that 7 to 8 km2 of fertile land have been destroyed, including cereals, barley and vetch crops.

“The fire burnt the core of our production,” he said, adding that due to the fact that the crops were ready to be harvested, i.e. they were dry, they facilitated the spread of the fire.

Another unfortunate aspect, he continued, is that carob and olive trees aged from 100 to 500 years were burnt to the ground.

Some orchards and tractors belonging to farmers who rushed to help were also destroyed.

Koumettou concluded by stressing the urgency for government support to the affected farmers in Kormakitis.

“Farmers living in Kormakits are completely ruined, as this was their livelihood, their production, their income. Everything has burnt. If the state doesn’t support them, they will no longer be able to practice farming.”

Read more: New red alert from Forestry Department after a day of fires 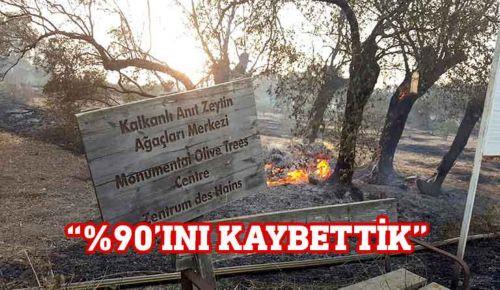 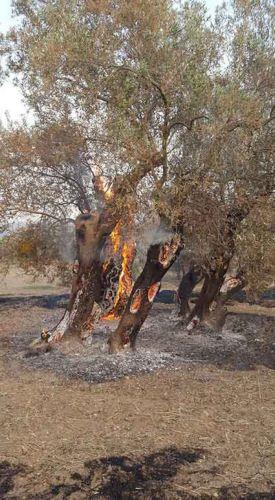 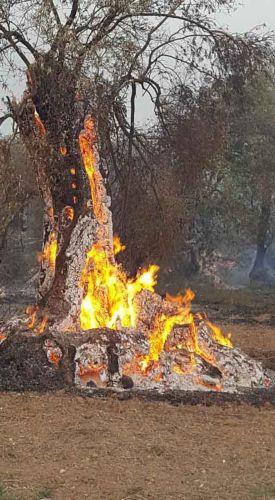