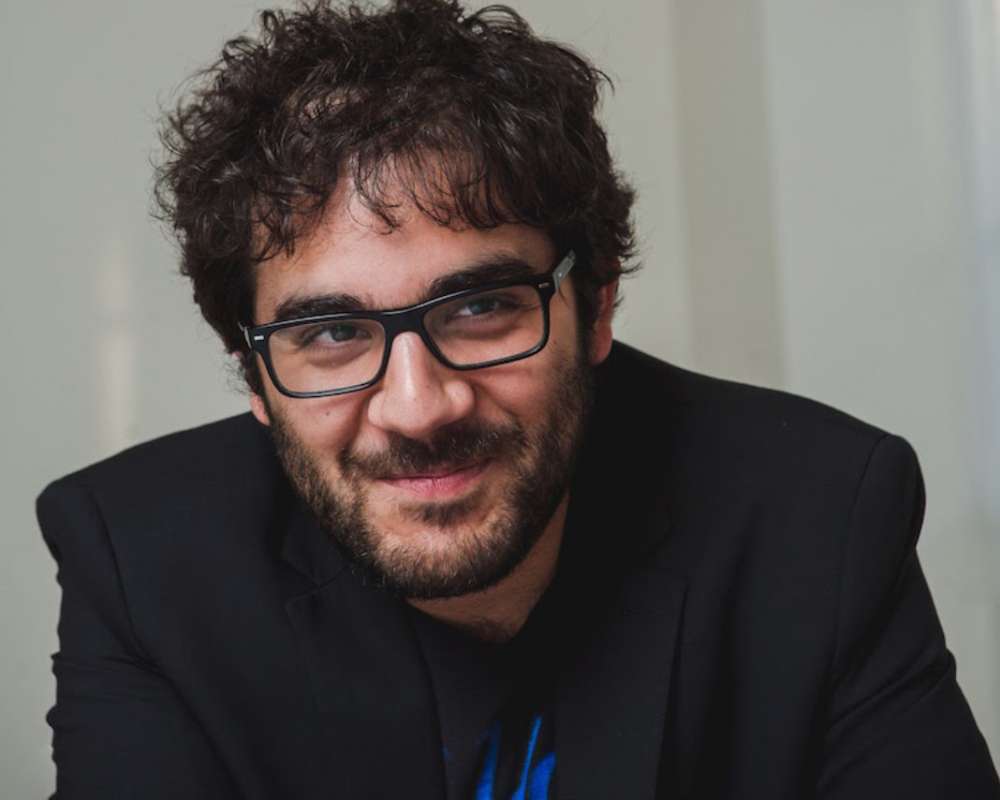 American Cypriot Andreas Ignatiou, not only loves films with a passion. He is determined to make a career in them.

Son of journalist Michalis Ignatiou from Anafotia, Andreas has been working in production companies and on sets in Los Angeles for years and has just completed his first feature film.

In a recent interview with Greek Reporter, which describes him as a ‘hard-working up-and-comer in production and development’ Andreas spoke about his experiences in Hollywood and what it’s like to work on the set of “La La Land.”

Andreas’ love for films started early. “I have always been drawn to the way stories were told, and the visual component really spoke to me from the get-go—and my interest in film began when I was very young,” he told the site.

Growing up, he would go to the movies with his father ever Friday. “As I got older, I realised that not only were the movies something I truly lost myself in, but it was also about the experience of settling in inside a dark room with people you didn’t know to watch a story unfold.

During his senior year at Emerson College he went to Los Angeles for the final semester, to essentially get a feel for the business from the ground up.

“I had an internship at New Regency Studios and that was my first exposure to the business side of this creative industry. Working in an environment that’s all about what goes into actually making the movies we love is something that has a tendency to alienate a lot of people who enter the industry from a creative perspective, as the development side is not nearly as glamorous as what many believe. I, on the other hand, loved it and realised that it was something I absolutely wanted to pursue.”

Since then like most everyone else getting started in this industry, he has held a multitude of different positions in the process, from development assistant at an upstart to location representative.

Asked what his best experience has been so far, Andreas gives two example:  being a production assistant on “La La Land” and producing his first film.

“An assistant position is as far from Hollywood glamorous as it could be, but just being exposed to a set as high octane and filled to the brim with vision and talent as that was made it an experience that I won’t ever forget,” he said.

The most fulfilling was producing his first film called “This Is My Year”.

“We made it for next to nothing, but the team I worked with was made up of absolutely the best people. We’d done a few shorts before this, but this project was born out of a desire to put our talents to use. It was a thrill to put it together, watch it form and unleash it on the world.”

Andreas said that the biggest challenge to getting a start in the entertainment industry is growing a thick skin, both in the sense of being able to take a certain level of brusque industry hazing so to speak, but also, gaining the courage to keep ploughing on when it looks like you’ve hit a wall.

“This is not an easy business, but persistence is key. Not only in the idea that you need to keep trying, but you need to work up the willpower to maintain that spark within you. That’s the reason you try to get into this industry to begin with. It has to be born out of passion and you can’t ever let yourself lose that, even if it feels hopeless. The last time I felt that hopelessness, I ended up producing a no-budget movie that managed to get distribution. Don’t give up.”

Asked about his plans for the future, Andreas said his ultimate goal is still to write and direct my own stories, but this is a far-out goal.

“Currently, I find myself working at a new company, York Films, that I believe will really be going places. It’s giving me the opportunity to really dive in and help make some movies happen.”